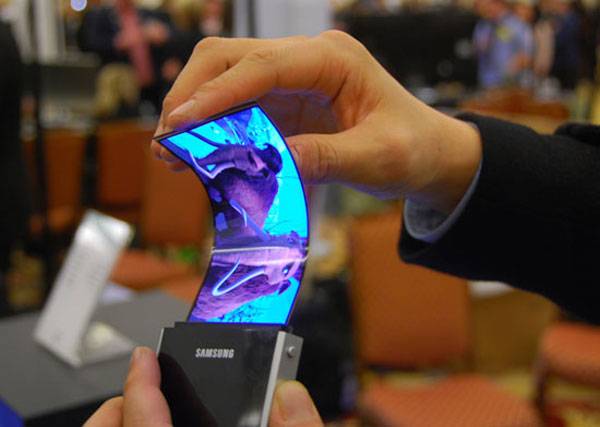 We’ve heard plenty about Samsung‘s flexible smartphone screens throughout the years, but when CES rolls around in a couple of weeks, Samsung will be ready to show them off once again. This time around, the screen will be 5.5-inches and sport a resolution of 1280×720 – that gives us a pixel density of 267. There will also be a flexible 55-inch TV screen on display, so Samsung has been hard at work to bring us these nifty new displays.

Of course, the goal behind these screens isn’t necessarily to give you a bendable smartphone. Instead, flexible screens offer more options when it comes to design – if you have a smartphone using a flexible screen, there could potentially be more room for components on the inside, thus leading to a thinner smartphone. They would also be more durable than the typical smartphone displays, meaning that they would be more resistant (though not exactly immune) to drop damage.

It’s a very interesting technology, and we’ll get the chance to see it in action at CES 2013. The trade show is rumored to be a big one for Samsung, as we’ve not only heard that the company will use it to reveal new branding, but to also announce the highly-anticipated Galaxy S IV. Those are just rumors, of course, whereas Samsung has confirmed that it will have these displays on hand during the show.

We’ll be right there to see it all too, along with all of the other tech goodies that are bound to be on the show floor. CES 2013 will certainly be a big show, but with this news, you can bet that we’ll be keeping an eye on Samsung while we’re there. What do you think of these flexible displays?