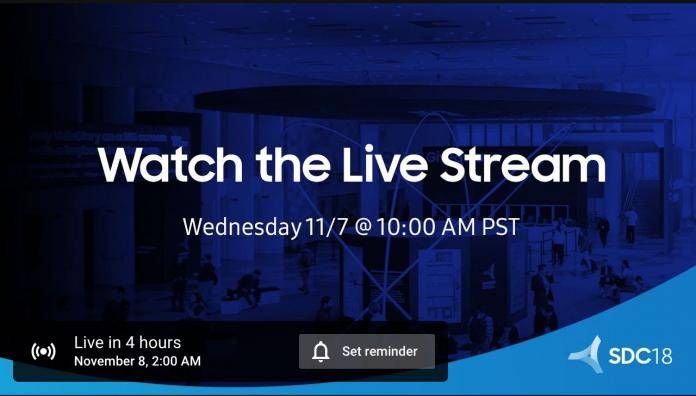 Samsung usually keeps details of upcoming devices close to their chest, despite the existence of numerous leaks and rumors about any upcoming phone or tablet or other products. This time around though, it looks like they will changing tactics as they may be sharing with developers at the Samsung Developers Conference which will be happening this November 7-8 (starting in a few hours as of writing) some details about the highly anticipated and much talked about foldable phone.

An official who refused to be identified said that the foldable phone needs a different approach since it’s “a completely new concept” at least in terms of design and user experience. So the rumor is that they will be sharing some details about the product and what progress they have made in order to get feedback from developers as early as now. This feedback is important as having this new kind of tech would require the developers to tweak their apps so that they will still run smoothly whether the phone is folded or open.

The idea of the foldable phone has been causing quite a stir, since it will theoretically let consumers do more “complex” things on their phone that they normally would be able to do on a tablet or laptop. But people are also cautious about it given that it is a relatively new tech and so Samsung has to get it right not just from the production standpoint but also with their partnerships with various apps.

Huawei has also said they will be planning to release a 5G phone with a foldable screen by next year, but both OEMs may actually be beaten to the punch by a smaller player. Royole, a Chinese display making startup has actually unveiled their own foldable display phone with a 7.8-inch screen. However, it is priced at around $1,300 and not much is known about it, including projected sales.

If you’re interested in what Samsung will announce or unveil, there will be a livestream in a few hours (link below) where this may or may not happen. It is expected that they will be showing the first images of the new phone as well as several other details.