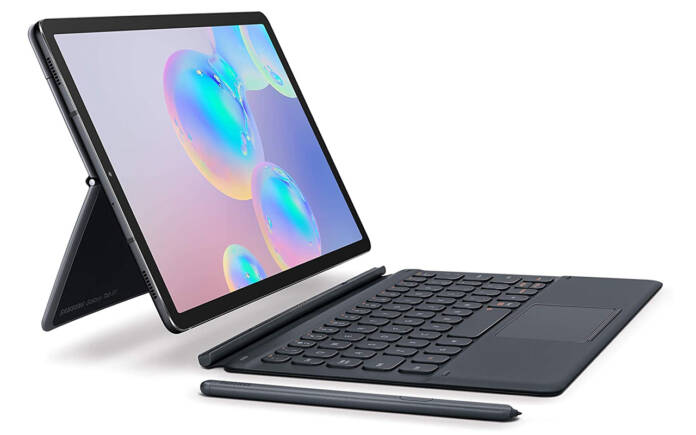 If there is one feature where Samsung tablets fall behind in comparison to the Apple iPads, it’s the screen size. If latest reports are anything to go by, the difference may not remain a point of contention any longer. Samsung is reportedly working on a flagship tablet that could roll out as early as the end of this year. The next generation tab – still doesn’t have a name – could better the 10.5-inch panel on the Galaxy Tab S6 with an 11-inch and 12.4-inch displays.

It’s good to believe that Samsung is finally developing a large-screen tablet, which has long been in discussion on every other forum. The Tab S6 with its sizable display did make some heads turn, but it wasn’t a match enough for the 12.9-inch iPad Pro. Now that Samsung is bent at slimming down the bezel on its flagship tablet to present a bigger real estate, we are definitely looking forward to it.

According to SamMobile, Samsung’s new flagship tablet is in development under model numbers SM-T97x and SM-T87x, which suggests two sizes – 11-inch and 12.4-inch in Wi-Fi and cellular options. A pretty similar offering to the iPad Pro, available in 11 and 12.9-inch; Samsung with its next-generation tablet is broadening its playing field. It is targeting the segment looking for a full-scale PC in their hand even when on the go.

This new entrant in Galaxy Tab S family could either be called Galaxy Tab S7 (successor to the Galaxy Tab S6) or if Samsung goes a little elusive, it could also be called the Galaxy Tab S20. It is expected to run on Android 10 and feature 25W fast charging. Whatever the tablet is named or delivers in terms of specifications (still very scarce) a real takeaway is the size, which could set the Android tablet market on a new trail.