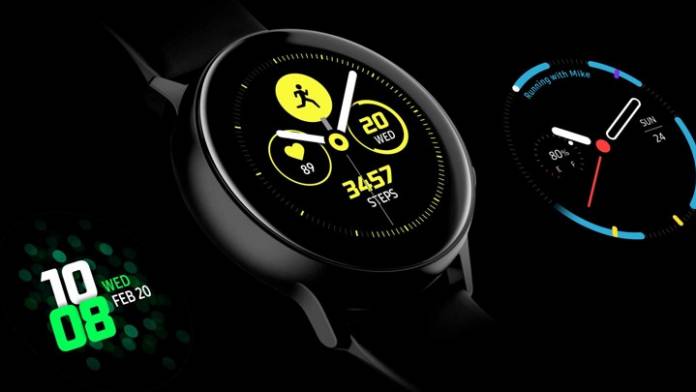 Rumors about the next smartwatch that Samsung will introduce have been floating around for some time now and while it looks like it will indeed be the Galaxy Watch Active 2, some details may have been wrong. The wearable, which is expected to be announced together with the Galaxy Note 10 later this year, was reported to have an ECG feature but it looks like it won’t be present yet at launch. What we’ll probably see are three different variants, including an LTE version.

According to Wareable’s sources, the three variants that will be announced probably this September are the following: an LTE version, a cheaper Bluetooth-only variant, and another Bluetooth powered one but this time under the Under Armour brand. Earlier reports said there will be a 44mm and a 40mm version and all three variants will probably have both. What the Under Armour version will have is an exclusive sporty strap, MapMyRun integration, and 6 months of free service, so it will probably be also be more expensive.

One of the strongest rumours about it is that the Galaxy Watch Active 2 will come with an ECG monitor but while the sources say that yes, it will eventually have that, they are still waiting for the FDA approval as this is a pretty crucial feature. So this means that we will not see that feature at launch and it will be available through a software update “some time in the first half of 2020”. They will probably still announce the ECG when the device is unveiled as that will be a big selling factor for those looking for a wearable, portable device that can do that.