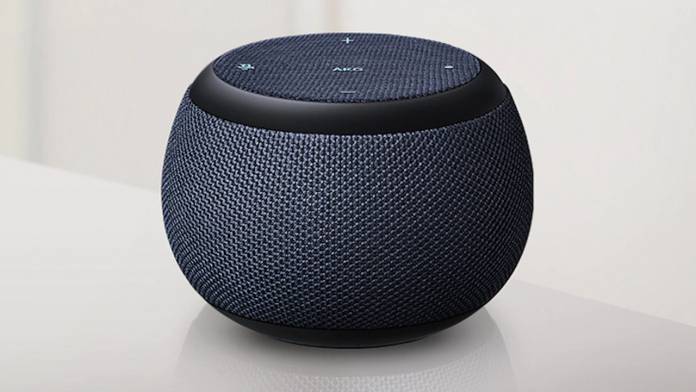 If you thought that Samsung was giving up on its smart speaker dreams, we apparently guessed wrong. At the ongoing Consumer Electronics Show in Las Vegas, the Korean OEM announced that they will finally be releasing their Galaxy Home Mini sometime in early 2020. But while the smart speaker market is a bit crowded already with various Google Home and Amazon Echo speakers, they believe they will be able to have their own niche within the whole Samsung ecosystem of smart home devices.

They may be years late getting into the smart speaker market but Samsung believes there is a place for them and that they can build “a unique ecosystem” with the Galaxy Home Mini and all the other Samsung gadgets and appliances that can be controlled through voice commands. Several factors should make it different from its competitors. First of all, it’s powered by Bixby, Samsung’s own digital assistant. People have mixed feelings about this though so that may not be a consideration for some users.

Another thing that’s “different” about it is that the focus is on voice commands rather than a seemingly ongoing conversation between you and the smart speaker. They also want to be able to focus more on the hardware itself rather than the user information that they can gather from your interaction with the smart speaker. They want to be able to connect all the Samsung devices connected through SmartThings and make it a central hub for all your smart home devices.

Consumer privacy is also a big concern and so they will be doing all the computations on the device itself through edge computing so that all your user information will not have to leave your device and go to a cloud somewhere. They are going for a more hands-off approach when it comes to consumer data, unlike Google and Amazon that both depend a lot on gathering data on how their consumers use the smart speaker and the digital assistant, to be able to bring better services. Being a hardware company, Samsung believes it can minimize data sharing.

According to Bloomberg, It doesn’t look like Samsung will be releasing the previously announced Galaxy Home device anytime soon. It was first floated around back in 2018, but now it seems that the Galaxy Home Mini is their new baby. No specific date yet as to when it will be finally introduced to the market.