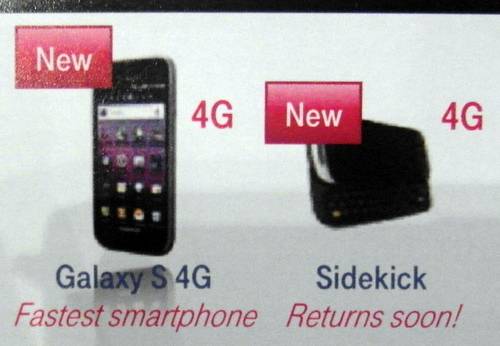 When the Samsung Galaxy S 4G was announced out of the blue just a week ago, we were not given much details or even shots of the device or the Sidekick that was said to be “returning soon.” However, the rumor mill is starting up and it seems the new T-Mobile Sidekick will not only be Android-based, but it will be made my Samsung.

TmoNews has reason to believe that the new Sidekick will be Samsung manufactured. Looking back at the slide on the announcement, we could definitely see the Samsung characteristics.

What do you think? Would a Sidekick made by Samsung be something that would interest you? Let us know!