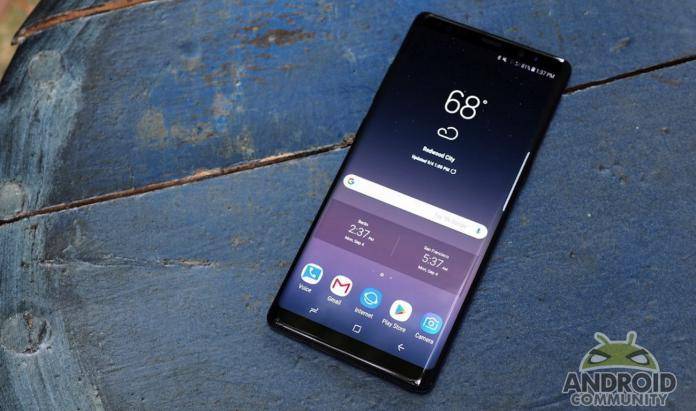 While we already have confirmation that the Android 9.0 Pie firmware update will of course be coming to the current flagship lineup of Samsung, namely the Galaxy S9, Galaxy S9+, and Galaxy Note 9, what about the slightly older devices? Well at least for the Galaxy Note 8, we might have confirmation that the Korean OEM is already testing out the Pie build for last year’s phablet. There are no other details though, like when it will be rolled out but given that the flagships are not yet updated, don’t hold your breath.

According to sources, Samsung is testing out N950FXXU5DRK4 for the Galaxy Note 8. While it’s not confirmation that that is indeed the Pie update, the Oreo-based firmware had the CRxx format for the last four letters of the software version. So the D in the last four letters of the firmware being updated suggests that it’s a major upgrade. It’s a stretch and may just be a big feature that will be rolled out, but it’s not unlikely that it is indeed Pie for the Galaxy Note 8.

What is also unclear is whether this firmware will also contain the newly-announced One UI interface, the newest version of Samsung’s popular Android skin. This will replace the Samsung Experience which previously replaced TouchWiz. But Android Authority confirmed that it will also be rolling out not just to the current flagships but also to the Galaxy S8, Galaxy S8+, and the Galaxy Note 8.

One UI is currently accepting sign-ups for its beta-testing program. It is expected to roll out the stable version alongside the Android Pie update sometime early next year and as always, it will probably roll out to the current flagships first and it will take some time before the others will get to enjoy it.

As to when the Android Pie, and subsequently the One UI, will roll out for owners of the Galaxy Note 8 devices, that will be determined as to how timely the rollout will be for the newer devices. As we’ve seen the past years though, expect it to not be so timely.