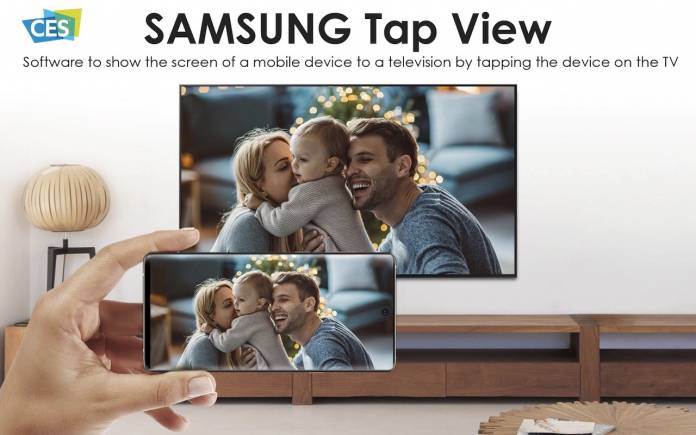 Samsung isn’t only busy with smartphones. The South Korean tech giant also has a smart TV business that competes with a lot of other OEMs. We don’t mention Samsung smart TVs as much but the company may be introducing a new feature–the Samsung Tap View for screen mirroring to a smart TV. Nothing is final and official yet but the idea is a phone can do screen mirroring to a TV. Think something similar to Chromecast but this time, from Samsung.

Details are scarce but we understand the screen mirroring may happen through WiFi or maybe even NFC. Sighted on the EU IPO is SAMSUNG Tap View. Trademark has been filed on December 5, 2019. The description lists the following:

It could be any from the description above. We can understand there may be a tapping motion of a mobile device to a TV. Tap the smartphone to the smart TV and the content of the phone may be displayed on the screen. 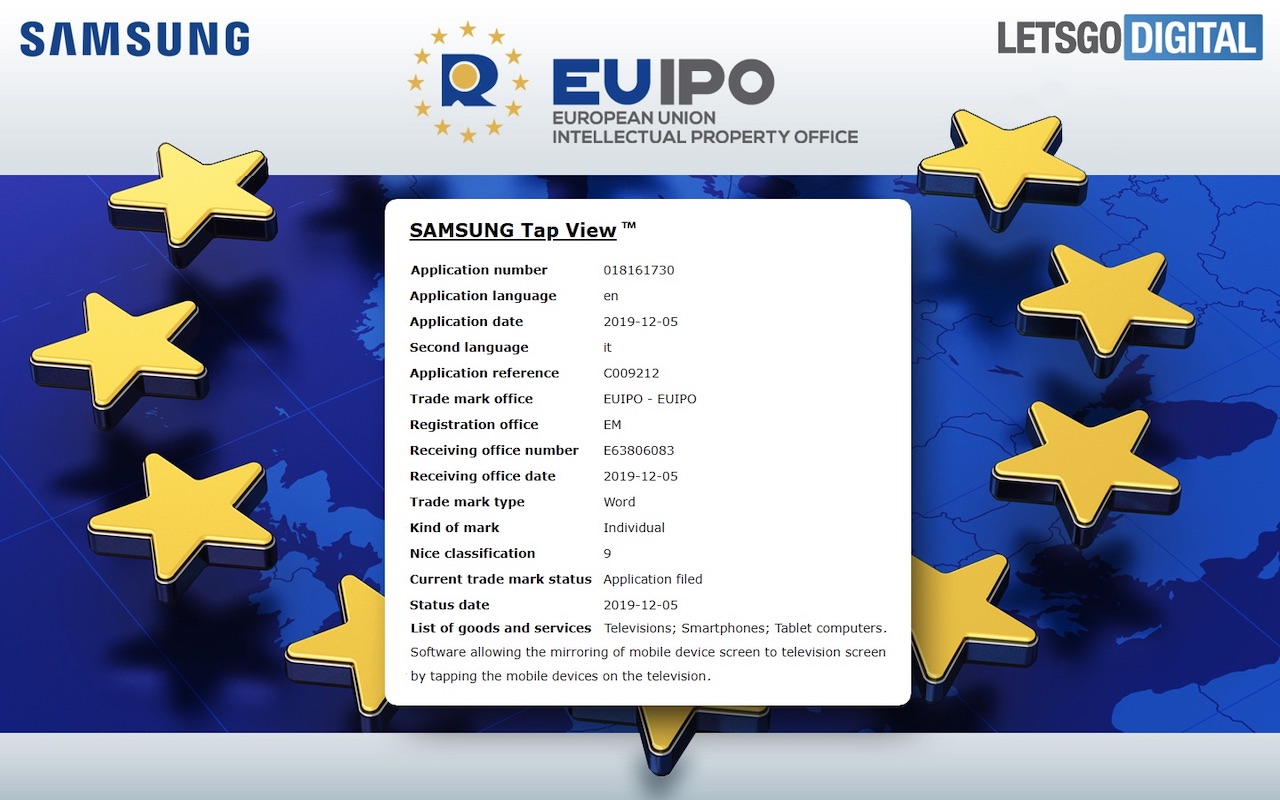 This becoming a reality is not impossible. Google has been offering Chromecast for several years now. It’s the easiest and most convenient we’ve used so far. Hopefully, Samsung will offer something similar but easier, faster, and more reliable.

Samsung already has something similar too. We remember SmartThings and AllShare Cast too. Both have built-in Screen Mirroring. The next screen mirroring technology may probably eliminated the need for WiFi connection. It could only rely on Near Field Communication/NFC. It’s possible as Sony has already done it.