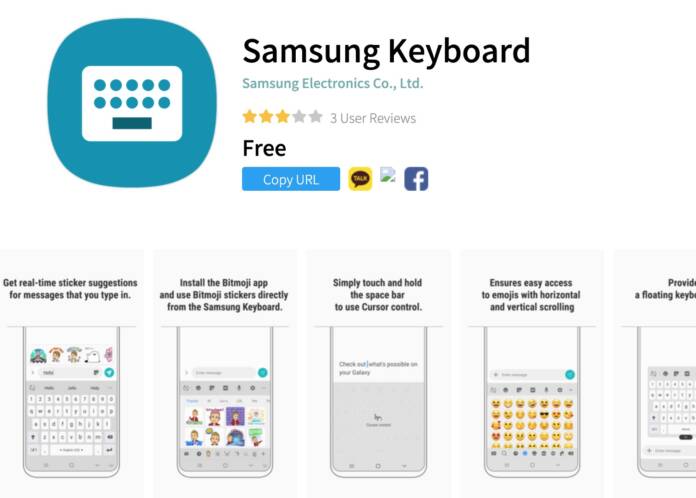 If you’ve been using your Samsung keyboard and hoping that all your typing-related data will still be there if you change your smartphone, we have bad news for you. The Korean OEM has confirmed that they are now discontinuing the keyboard sync to Samsung Cloud. This means that all your saved words, language options, prediction data, and other stuff that was previously synced will not be updated on the cloud anymore. No reason was given for this sudden change.

SAM Mobile initially reported that it seemed like the Galaxy devices running One UI 2.1 will not be syncing keyboard data to the Samsung Cloud anymore. They were speculating that it may just have been an accidental switch or that it may be an unannounced change. Now it looks like it really is the latter as a notice in the Samsung Cloud app says that the sync feature for keyboard data will not be available anymore.

Strangely enough, the notice is dated March 15, although it’s only been recently posted. In any case, it says that as of April 13, 2020, all your keyboard-related data on the Samsung Cloud is now also deleted and it won’t be syncing from now on. All of your other Samsung Cloud functionalities like for the Calendar, Contacts, Internet, Notes, and Samsung Pass will remain as is and so all your data will still sync.

They didn’t really explain as to why they stopped this feature. But don’t worry, there are other virtual keyboard apps that are out there to sync your data, like Google’s Gboard, Swiftkey, Fleksy, etc. Similar to what Samsung Keyboard previously did, it will save things like predictive input, frequently used words, etc. The only problem now since they deleted your previous data is you’ll have to start all over again.

Now do you really need a keyboard app that syncs to a cloud? Well, not really. But it is much more convenient of course especially if you change devices a lot or if you reset your factory settings several times over. Also, if you use your phone to answer emails, reply to a lot of messages, etc, it is better to have keyboards that save your data.