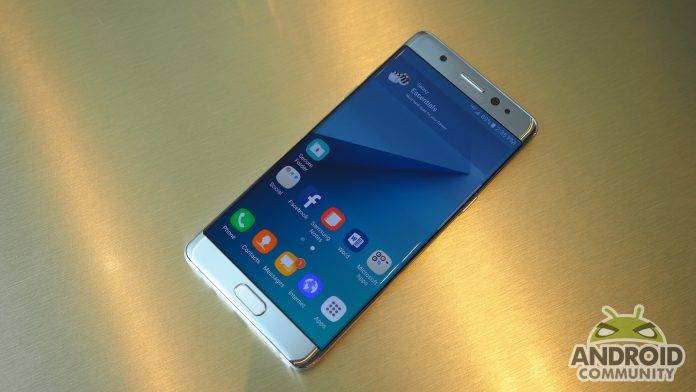 You will rarely see a brand strongly suggesting to people to actually not use their products, short of saying it’s an official product recall. But desperate and dangerous times call for seemingly desperate measures, at least for Samsung. While it is still not technically a recall, the strongly worded advisory from the Korean OEM regarding their Galaxy Note 7 issues is almost that. Rumor is that the official recall will be announced over the next few days, but for now, it’s better to heed the advice of the manufacturer themselves.

The exact words from DJ Koh, President of Mobile Communications of Samsung Electronics, is this: ““Our number one priority is the safety of our customers. We are asking users to power down their Galaxy Note7s and exchange them as soon as possible.” It cannot be any clearer than that, except for an official statement telling everyone to return their phablets ASAP and wait for instructions as to when or how the exchange program will proceed.

Some owners are still probably hoping that the reported battery issues of the Galaxy Note 7 may just be isolated incidents. While there are only a few actual reported incidents, Samsung wants to err on the side of caution and so should users. Most of the ones we’ve seen involve fried phones, there have been at least two separate incidents when the “explosion” has caused damage to property; a Jeep Grand Cherokee reportedly caught on fire when the Note 7 was left charging in the vehicle while a garage allegedly caught on fire while the phablet was charging as well.

It’s still unknown at this point in time how much this will impact Samsung’s business, but we’re taking a wild guess and say it will be heavy. It’s actually too bad for the OEM because this comes at a time when they were already making headway with the Galaxy S7 and S7 edge. And now that people are not that enthusiastic over the newly unveiled iPhone 7, it would have been the perfect time for them to make even bolder moves.