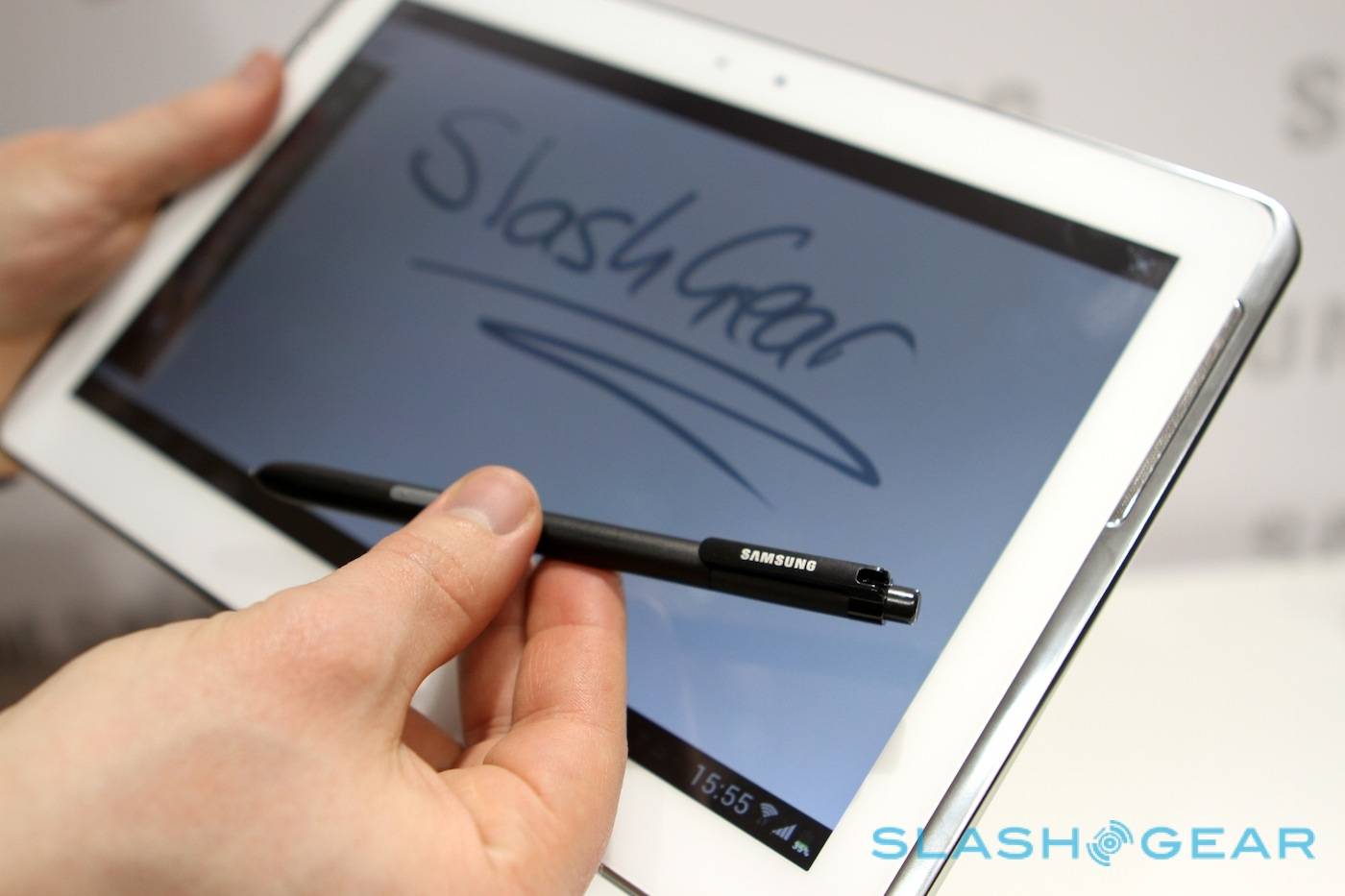 The all new iPad was just announced only a few short hours ago, and while CEO Tim Cook was on stage he was quick to take a few stabs at Android and Samsung regarding tablets and the user experience. Now after the final specs have been confirmed Samsung is already fighting back. They have released their own little “content creation” and comparison chart showing just how much better they think their Galaxy Note 10.1 tablet is over the Apple iPad 3rd Gen.

Now obviously coming from Samsung they’ve dialed up their strong points and put them out first for the world to see, but in terms of content creation they sure do have tons to offer with the Galaxy Note. Content consumption this might looks slightly different as Android is still catching up with tablet apps, but in terms of creation this is a pretty good assessment. 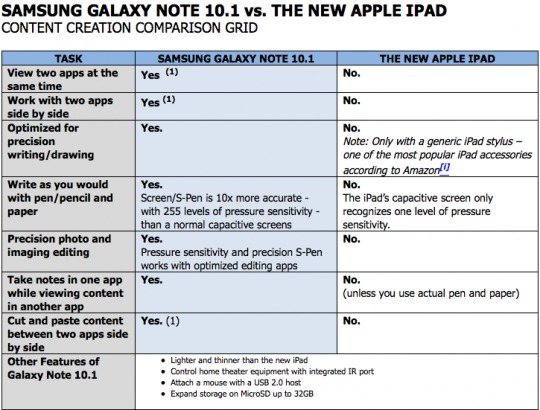 Above you’ll see the chart provided by Samsung. Quickly pointing out that not only is their tablet (and all their recent tablets) actually thinner and lighter than the new iPad, but it specifically covers everything else as well. Apple’s new iPad may have a faster processor and a new iPhoto app to go with it but on the Galaxy Note 10.1 you can use absolute precision while editing and tweaking pictures with the use of the included S-Pen (stylus). Then they are quick to mention the Note 10.1 screen handles 10x the pressure sensitivity and accuracy over the competing iDevice.

Samsung also attacks the multi-tasking aspect of things. Obviously Android is great when it comes to multi-tasking, especially Android 4.0 ICS, but the Galaxy Note being able to have two windows open surely helps users to browse on one side while they create or take notes on the other.

We enjoyed the Galaxy Note 10.1 tablet during our visit to Spain for MWC 2012 and you can see all of our coverage of the 10″ slate from Samsung talked about above from our timeline of links below. Which device would you purchase?