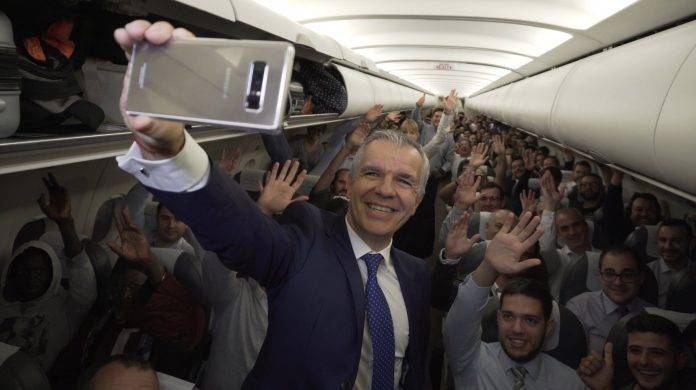 Samsung has really put the nightmare of the Galaxy Note 7 behind it with the arrival of the much-talked-about Galaxy Note 8, but it’s not too sensitive not to poke a little (expensive) fun at their expense. Well, at least that’s what Samsung Spain has done. They surprised around 200 passengers of an Iberian flight from Madrid to A Coruña, Galicia, by giving them free units of the phablet, celebrating the fact that they no longer had to turn off the gadget as compared to last year’s debacle.

The passengers, some of them still a bit sleepy from the flight, were surprised when the crew started handing them boxes of the Galaxy Note 8. It was accompanied by a note saying, “A year ago we asked you to turn it off, we welcome you today on board.” Well, that’s the interpretation of the note from the CNet article. But basically, what they’re saying is now you can open your Samsung phablet on the plane without fear of batteries catching on fire or attendants telling you to turn it off. 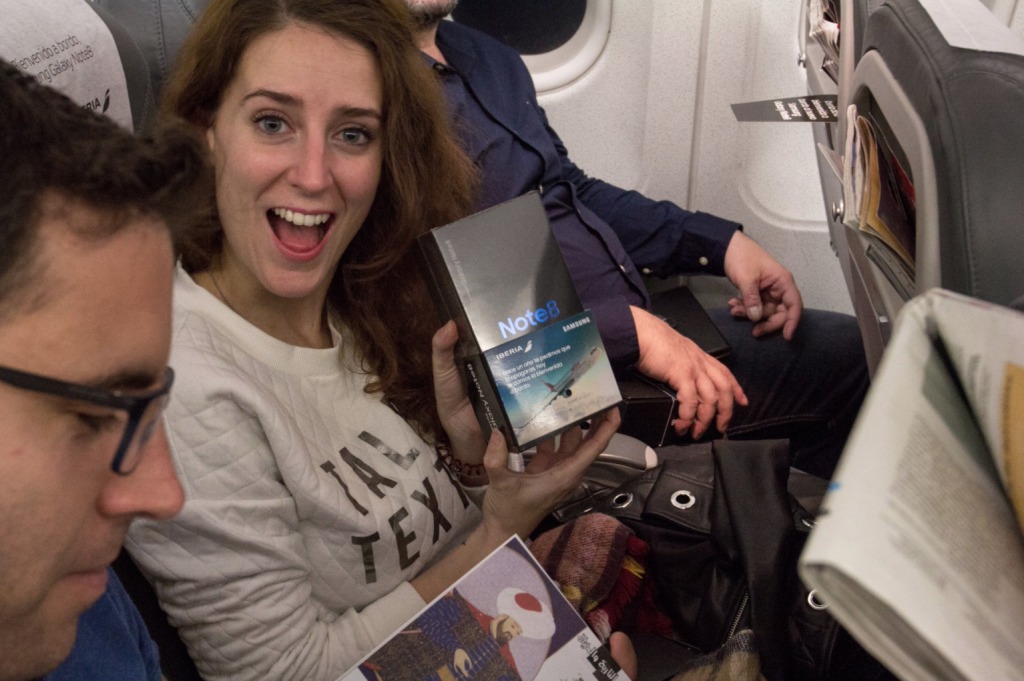 The promotion is a partnership between Samsung Spain and Iberia Airlines and the corporate vice president of the OEM was even there on the flight. They quickly became viral, at least in Spain’s social media sphere as people started tweeting about receiving the Galaxy Note 8. No news though if there will be other flights that will be blessed with the phablet or if this was just a one-off.

The Galaxy Note 8 has been pretty well-reviewed, and Samsung has probably given a huge sigh of relief as the Note 7 issues have been practically forgotten. Well, except that Samsung Spain brought the thing up on this flight, but at least it has been overshadowed by the joy of people receiving free phones.