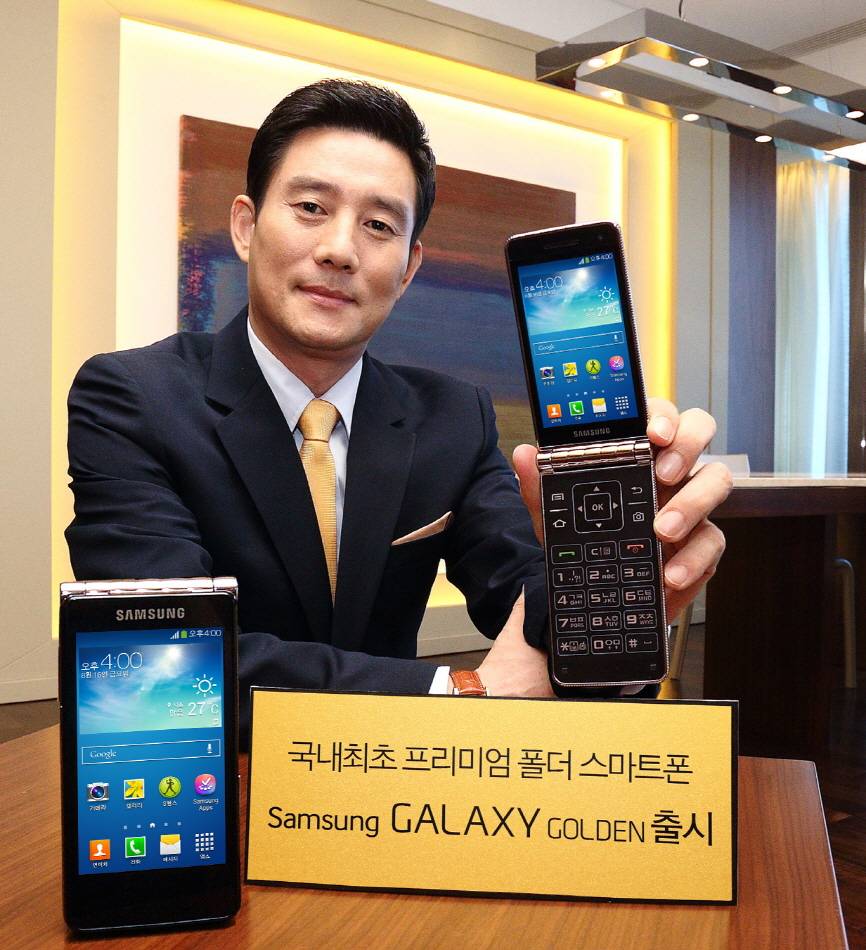 With the announcement of the Samsung Hennessy in Chinese markets, we began to wonder about the other rumored flip phone that was to come out this year. Now it’s finally here, but with a slightly different name. Introducing the Samsung’s Galaxy Golden, touted as Korea’s first premium flip phone.

Like the Samsung Hennessy, the Galaxy Golden tries to combine what is supposedly the best of both worlds: the ease of use of a traditional flip phone with a more modern touchscreen interface, all in a stylish look. The phone is being marketed for casual and beginner smartphone users who do a lot of messaging, emails, notes, and other text-heavy operations. The phone even features an “Easy Mode” homescreen optimized for beginners.

The specs match those that we’ve gathered so far. The Galaxy Golden sports a 3.7-inch Super AMOLED touchscreen, powered by a dual-core 1.7 GHz processor, which we suspect to be a Qualcomm Snapdragon 400. It runs Android 4.2 Jelly Bean and includes software such as the S Health fitness app and a business card app that automatically recognizes contact details when taking a photo of a business card. 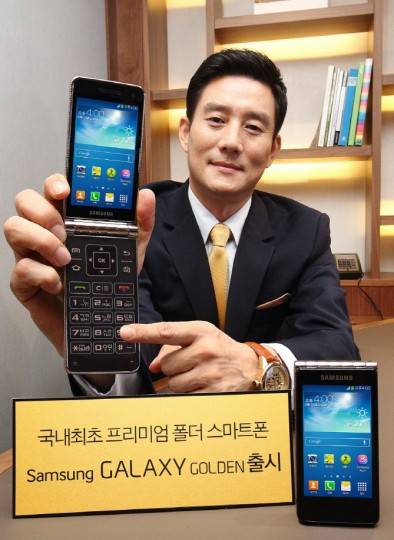 As the name suggests, the Galaxy Golden comes in what Samsung calls a luxurious champagne gold color. It will be available on Korean telecoms SKT and KT for 799,700 won or around $715. Unfortunately, as with the Hennessy, there is no indication if this will be made available to other markets as well.