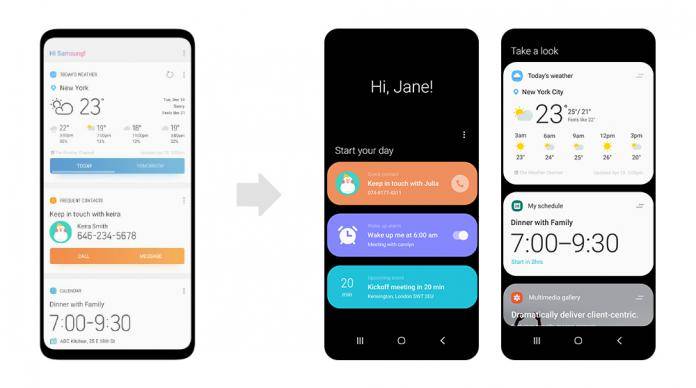 How we use our cellphones and now smartphones seem to change every few years or so. The problem lately seems to be that we can do so much that it can be overwhelming rather than functional. Samsung believes that their user interface should also adapt now to be able to help us focus on the things we need to do. Their One UI is their “most simple and streamlined UI yet” and now they’re unveiling more of what it looks like and what its benefits will be as they start having a wider rollout for the Android 9 Pie update.

One thing that has driven their UI redesign is the idea that users use the upper half of their phone for viewing and the lower half for interaction. This is especially true in terms of smartphones with big screens. One UI will bring you a more “balanced” top screen and a more usable bottom half with all the key tabs, action buttons, and pop-ups more within easy reach. 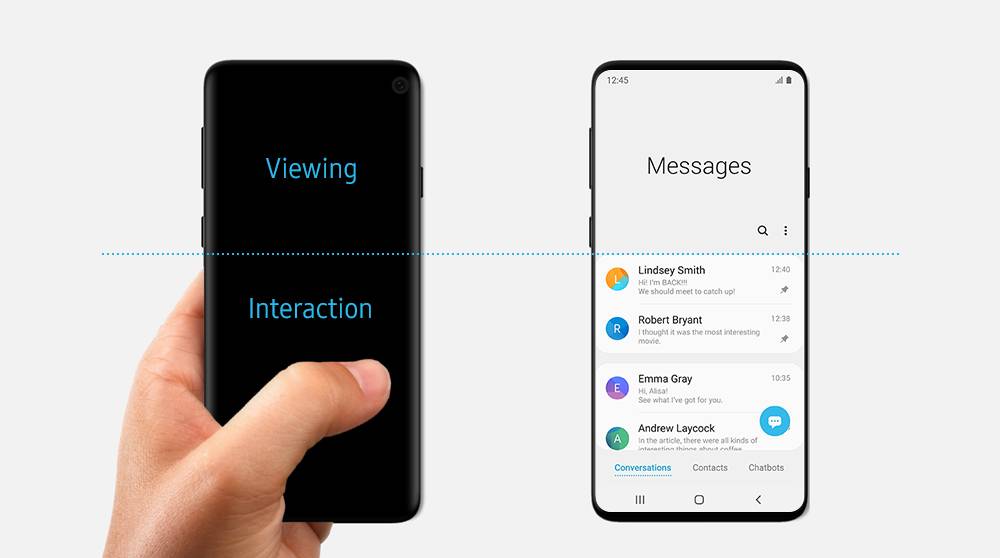 They are also bringing a more minimalist design which should be a nice change of pace for a UI and software that is notoriously bloated. You now get “focus blocks” which brings your attention to the content that matters and rounded corners which gives you a more relaxed aesthetic. It lessens the information shown on your screen as well as the interactive buttons that you’ll have access to. On paper (or rather on screen), it will only show you the elements that you need to complete your task.

The One UI also announces the arrival of the famous system-wide dark mode. But instead of just changing the colors on your screen, it also adjusts the tone, brightness, and contrast of the display so it will bring you both focus and comfort during times when you would prefer to use the Night Mode rather than the regular one. 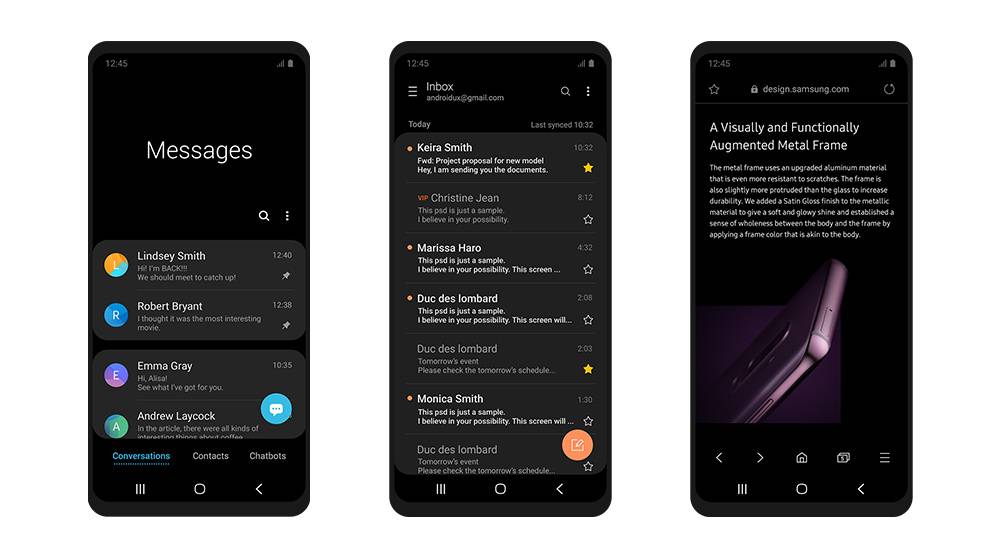 Samsung says this is just the “tip of the iceberg” as they will be bringing more features as they continue to refine and fine tune this UI. While it has already rolled out to some Galaxy S9 and Galaxy Note 9 users, this year will see it arrive on more devices, including mid-tier and entry-level phones.