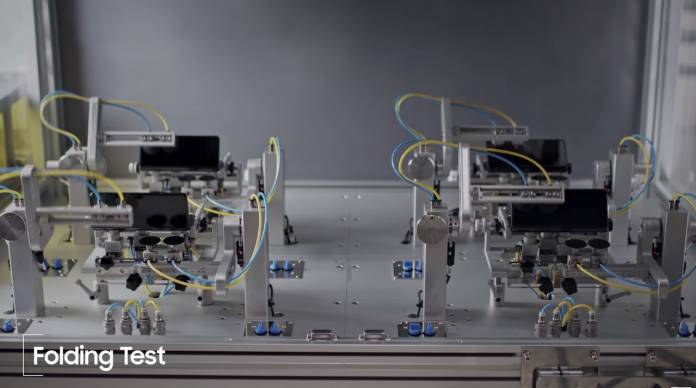 Samsung isn’t selfish when it comes to sharing its technologies and how it does things. For the information and peace of mind of fans and consumers, the South Korean tech giant has revealed how it tests the durability of its latest smartphones. The Galaxy Z Fold 3 and the Galaxy Z Flip 3 are the newest premium offering from Samsung. The phones are tested before they are shipped out. Here is a glimpse of how Samsung ensures the quality and service are delivered as promised.

The durability test includes a number of small tests. First is the Environmental Chamber Test followed by the Water Resistance Test. There is also the S Pen Drawing Test and the Folding Test. The last test tells us the foldable phones with their flexible displays can last even after hundreds to thousands of folding and unfolding.

The Environmental Chamber Test is where the foldable phones are placed under different weather conditions such as hot to cold and dry to humid while in use.

The phones are dunked underwater while running in the water resistance test and in different folding positions. The folding test is done by a machine with the phones being folded over 200,000 times.

The display is also tested with a stylus. There is no mention though about the pressure exerted by the machine carrying the S Pen so that remains a mystery.