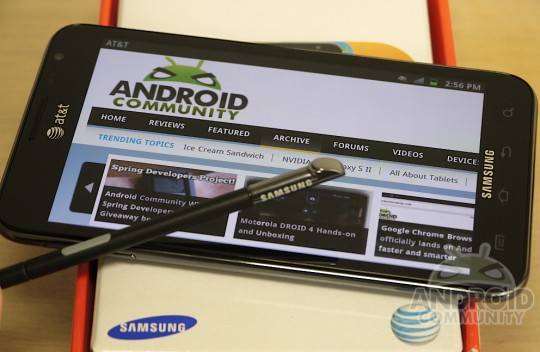 Just in case there had been any doubt as to Samsung’s commitment to the stylus, this latest announcement should make it clear. For better or worse, Samsung seems committed to the stylus and they have recently acquired a 5 percent stake in Wacom. Of course, many will realize who Wacom is, they offer the digital drawing tablets and seem to be ‘the name’ in that particular industry.

What some may not realize is that Samsung is already using some of the Wacom technology in their Note lineup. Given this acquisition, we only expect that integration to grow and additional features and support be added. Unfortunately, while Samsung and Wacom have confirmed the deal, they have yet to confirm anything specific in terms of what the users can expect to see.

Additional integration in the Note lineup seems a pretty obvious route, however we have previously seen details suggesting that Samsung has plans to include an S Pen with the Galaxy S IV. Still, the Galaxy S IV bit is nothing more than an unconfirmed rumor at this point in time.

In terms of a 5 percent stake, that set Samsung back $58.9 million, which all things considered — is probably not considered a major purchase for them. On the flip side though, this certainly sounds like good news for Wacom. We can only think that this will mean more business from Samsung. Let’s just hope that this doesn’t end up hindering any other companies that are already doing business with Wacom.