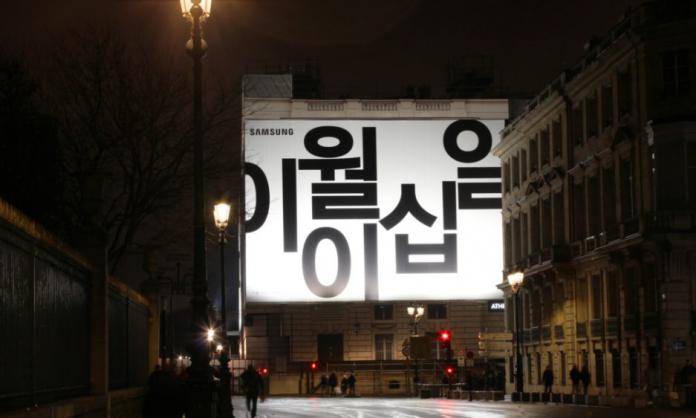 Samsung appears to be all set for the next Unpacked event. Well, almost as we only have teasers and speculations. More info are being made public and will be out in the coming weeks until the official reveal on February 20. The Galaxy S10 is particularly special because it will be the 10th Anniversary flagship series from the company. The South Korean tech giant is expected to send out teasers. Actually, billboards are already up in Paris. The text is in Korean but when translated it says, “The future unfolds” and “February twentieth.”

There is the “unfold” keyword. Will Samsung show off a foldable phone? Maybe but we’re looking forward to the Galaxy S10 first.

We’re looking forward to the future and see what Samsung has in store for the public. Will there be a new Galaxy branding strategy? We’re not sure but for this year, it’s rolling out three phones instead of two. A fourth variant may also be out in the following month.

The billboards are up in the area of Place de la Concorde. We believe Samsung will share more teasers and announcements.

The event could introduce the Galaxy F (Winner phone) although only as a preview. The Galaxy F is known as the SM-F900. Details on the specs are scarce but the phone could have 4400mAh battery, 512GB onboard storage (up to 1TB), 12GB of RAM.