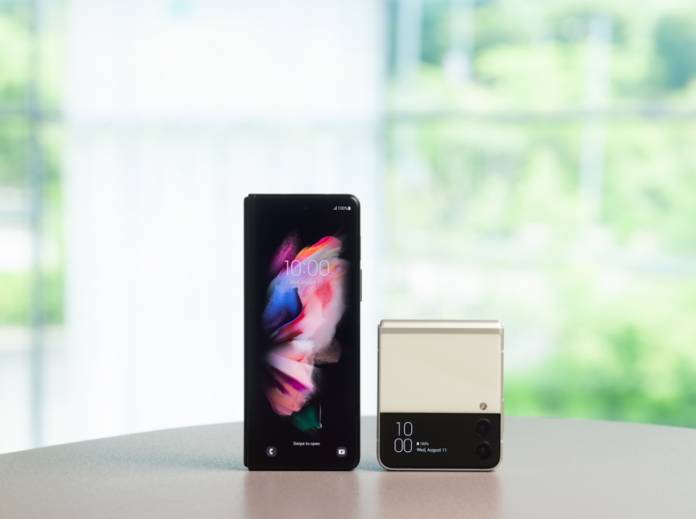 While foldable smartphones are still not yet the “new generation” of mobile devices that they expected, Samsung says that the sales for the Galaxy Z Fold 3 and the Galaxy Flip 3 improved in 2021 compared to the previous year. In fact, they were able to sell four times as many in 2021 than in 2020. The numbers for the two foldable devices sold a month after their launch actually surpassed the entire sales for 2020. This probably means the trend of foldable devices is finally catching on.

Samsung launched their two new foldable devices in August last year, the more premium Galaxy Z Fold 3 and the more affordable Galaxy Z Flip 3. Both have better software and features than their predecessors and it looks like Samsung was finally able to get foldables right after a couple of hits and misses with the earlier devices. Price-wise, the Fold 3 was still pretty expensive buy with its $1,8000 price tag but at least the Flip 3 was a bit more affordable at $999.

Samsung says that non-Samsung users switched to the Z Flip 3 more than the Galaxy S21. This was probably because of the more attractive clamshell design compared to the more “traditional” new flagship device or even the year’s previous Galaxy Note 20. Samsung did not reveal specific numbers as to how many devices were shipped or sold but the fact that they sold four times more than in 2020 seems to match Counterpoint Research’s numbers.

In 2020, Samsung accounted for 88% of the foldable market and they are still expected to sell 3/4 of the market until 2023. The challenge would be to match the more affordable new foldables like the Oppo Find N. Other OEMs will also most likely be releasing their own versions and as we’re seeing with Chinese brands, they can offer a cheaper price point although quality-wise, Samsung may still have a big advantage.

The true challenge will be in 2023 when Apple is rumored to release an iPhone Flip foldable smartphone. We’ll probably see a new generation Samsung Fold and Flip by then so let’s see if they’ll be able to bring more advanced features for those devices.