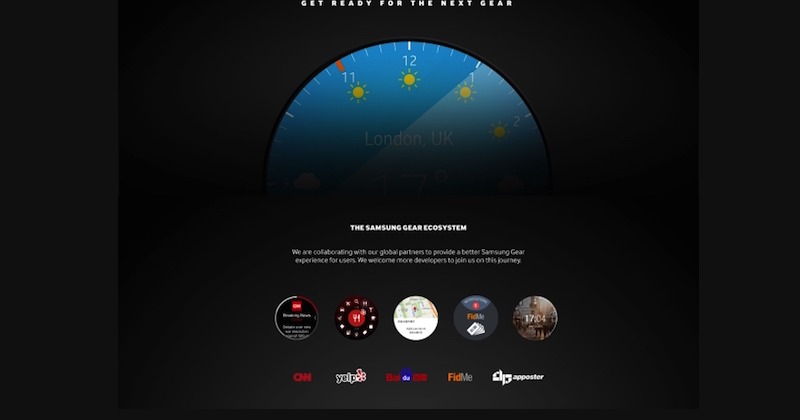 The latest Android Wear platform is almost ready to roll out on some of the newest smartwatch models in the market today and Samsung would like to join in the fun by sending out invites to some developers to try out the Software Development Kit (SDK) of the next generation Galaxy Gear–which could be round this time based on the images on the invitation. There’s no mention though if this is official for Android Wear or for Samsung’s very own Tizen. And oh, this is the first SDK for the Galaxy Gear line.

You may not notice it too but the next device will already be the 7th-gen of Samsung Gear. There’s no official wearable device yet but the SDK will be released earlier than usual. Starting a new smart mobile life is possible with smartwatches and other wearable wrist device. The early release of the SDK will give companies an advantage to develop apps for the next Gear.

If you are willing to test the software or try to build an app, head on to Samsung’s Wearable page to sign up.

“Samsung has actively adapted its approach to wearable device development as the leader of the rapidly developing category. Through meaningful and progressive innovation, Samsung welcomes to developers and industry leaders to join this open collaboration effort to enrich and create unique user experiences for a new smart mobile life.”