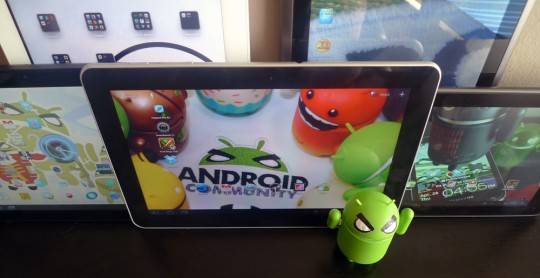 In order to launch its Galaxy Tab 10.1 with the latest and greatest version of Honeycomb (3.1), Samsung had to delay its planned TouchWiz UI overlay. To some purists, myself included, this was great news, but some people enjoy the benefits manufacturer skins bring. If you happen to be one of the latter as well as the owner of a Galaxy Tab 10.1, Samsung promises TouchWiz is coming soon and has delivered some details on what to expect with the update.

The update will be downloadable to your device, and if you set up a Samsung account on your tab, you will be notified when the update is available. It is not confirmed, but presumably you will need a Samsung account to get the update, as the Google IO Edition Tabs did when the 3.1 update was available for them. So if you plan on downloading the TouchWiz update, you may as well sign up now.

The update itself brings several new features aside from TouchWiz, including a tablet version of Swype, Samsung’s Hubs, mobile printing, several enterprise features and four preloaded apps. That’s a lot of cool bonuses to lure you into giving TouchWiz a try, and I imagine that’s exactly why Samsung threw them in there. If you are on the edge about whether to give the update a shot, let us break it down for you.

It was back in March that we got our first look at TouchWiz UX (the tablet version). Some of the coolest features include a mini apps tray, which works similarly in concept to the dockbar in ADW launcher, but then launches apps in its own window on top of your current activity, and an enhanced settings pannel and clipboard. This will be the first major UI skin for Honeycomb, so it is a bit hasty to pass judgement on it, by lumping it with phone skins. Samsung seems pretty confident this will be a new wave of UI skin, so we’ll have to wait and see what, if any effects it has on performance and battery life.

To sweeten the deal Samsung will throw you a few free apps, including tablet-optimized Swype, Amazon’s Music Cloud Player and Kindle apps, as well as a mobile printing, app, Zynga’s Words with Friends game, and FindMyMobile, a gps tablet locater/remote wiping app. If that’s still not enough there is always Samsung’s Media, Music, Readers and Social Hubs. Essentially these are media aggregators giving you quick access to your contacts/facebook updates/music/etc. The Media Hub does, however, offer movie and TV rentals, a trend we’re seeing pop up more and more in manufacturer software.

Will all this be worth letting Samsung skin your device? The answer for now, maybe. If you have a Samsung phone with its TouchWiz UI and you love it, chances are pretty high you’ll like this too, if you absolutely hate when someone gets in the way of you and your pure Android, then probably not. If you’re on the fence, I definitely wouldn’t rule it out. Once the update is released you can bet we’ll give it a thorough hands on and let you know how it runs.