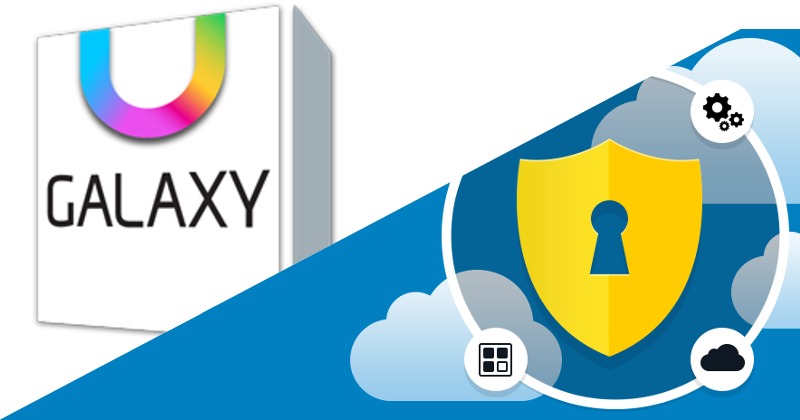 Samsung is making big moves today, some more perplexing than others. While we were already expecting the eventual facelift of its custom app store for its Android Galaxy devices, the exact nature and puprose of this change still boggles the mind. But even more puzzling is the speculation that Samsung might be giving Google full control over its KNOX security framework.

At Google I/O, Samsung and Google surprised, and probably worried, the Android world by announcing a partnership that will bring Samsung KNOX to Android, specifically Android L. The worth and reception of Samsung KNOX is a rather contentious topic. While it earned some of Samsung’s smartphones certification in some government agencies, notably the US Department of Defense, the broader Android community, particularly modders and tweakers, have been less welcoming. But perhaps even more telling is rumors that KNOX hasn’t been the enterprise money-maker that Samsung has hoped it would be and has now decided to cut their losses and let Google take the reins instead.

Forbes speculates that Google moved in on KNOX for two reasons. The first is a bit more social than technical. It wanted to save Samsung some face, especially since it is one of its biggest partners in the Android ecosystem and that it just recently mended ties with the manufacturer. The second reason is that Google itself has been working on a container-based security framework of its own with little or slow success. The current implementation is believed to lack crucial features for the enterprise, chief of these being VPN support, things that Samsung KNOX already has in a gift-wrapped package. So why reinvent the wheel or even buy a wheel when you can just take one for free?

As to the GALAXY Apps rollot, the update is pretty much a simple, but definitely needed, facelift of the old Samsung Apps version. It practically has the same contents, just rearranged and now sporting a visual design more consistent with Android in general, with hints of Android L’s Material design in particular. But perhaps more importantly, this rebranding could hint that Samsung is preparing to differentiate its GALAXY ecosystem from an upcoming new one, most probably one that revolves around Tizen, which now practically has one smartphone, two smartwatches, and with HDTVs coming soon.

Update: A Samsung spokesperson gave us the following comment on KNOX:

“Samsung is committed to the long term evolution of mobile security and the ongoing development of Samsung KNOX. While Samsung is contributing a part of KNOX technology for the benefit of the entire Android community and enterprise customers, Samsung KNOX remains the most secure Android platform from the hardware to the application level. Samsung will continue to work with our partners to enable KNOX for all of our valued customers. Our list of enterprise and government clients continues to grow rapidly, and is a testament to our commitment to providing highly-desirable, secure mobile devices across all industries. Furthermore, Samsung continues to offer differentiated and highly valuable mobile enterprise services such as KNOX EMM and KNOX Marketplace to provide customers with the most secure and scalable mobility management solution.”