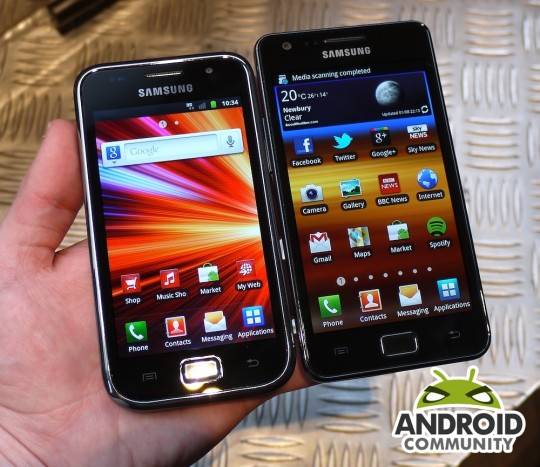 Details are now emerging from what is a Samsung roadmap that has been leaked, while we love reading and reporting on these I always get a little worried about the details but this go around they sure are juicy so lets get to it. With retailer Mobili linija spilling plenty of beans and all the details from phones to tablets.

We have some super-sized phones and tablets coming soon if the leaks are correct. First off Samsung’s 7-inch slate, the P6200, (Galaxy Tab 7 replacement) is tipped to run Android 3.x Honeycomb on a 1024 x 600 display, with HSPA+ and twin cameras, a 3-megapixel shooter on the back and 2-megapixels up front. They also mention a Wi-Fi only variant of the same device.

Next, speaking of phones, GT-I9250 is what sounds the most impressive to me. This beast should rock a 4.65-inch 1280 x 720 resolution display and a 5-megapixel camera, and run Ice Cream Sandwich, most likely with a dual-core processor but that was unspecified. Then it had a bigger brother listed as the GT-I9220. It’s even bigger, with a phone/tablet sized 5.29-inch 1280 x 820 Super AMOLED Plus panel, a dual-core 1.4GHz processor, 8-megapixel camera and Android 2.3 Gingerbread — while that phone sounds pretty amazing it doesn’t appear to be launching with ICS but if it hits the streets you can bet it will get updated.

The last on the list you would have to call mid-range after seeing the last few listed devices specs and that is the GT-I8150. Rumored to be sporting a 3.7-inch WVGA LCD Display running on an unconfirmed build of Android, with 4GB of internal storage, HSPA+ connectivity and a 5-megapixel camera and the rest of the usual specs like wi-fi and a front facing camera.

They also had a few entry level and feature phones listed so we wont get into all those details. You only want to hear the good stuff right? For full details as well as the rest of the entry level offerings leaked head on over to the source link below. I’m thinking that beastly ICS phone I first mentioned might be something I can see myself buying in the near future.