With the glut of various messaging apps available for the mobile users, do we really need another one? Well as long as developers are able to come up with innovations and unique features, then of course we do! Samsung has announced they are joining the messaging wars with their own Socializer Messenger and they say they are “taking mobile communications to the next level” through the new features they will be offering.

What makes this app standout is that it is based on the “Telegram for Android” open-source project. What it basically does is allow its users to share and use web apps in a chatroom without necessarily having to download a separate app and add to the clutter of your smartphone. It uses the Social Web App Platform (SWAP) that allows for the creation, distribution, and eventually, sharing of various web apps through the messenger.

So after you’ve convinced your friends or maybe colleagues to download another new messenger app, then you will be able to use various apps and games all while chatting with each other. So no need to be interrupted when playing a game since you’re on the same app. And for developers, this is also a good platform to develop and distribute mobile web apps through social means. 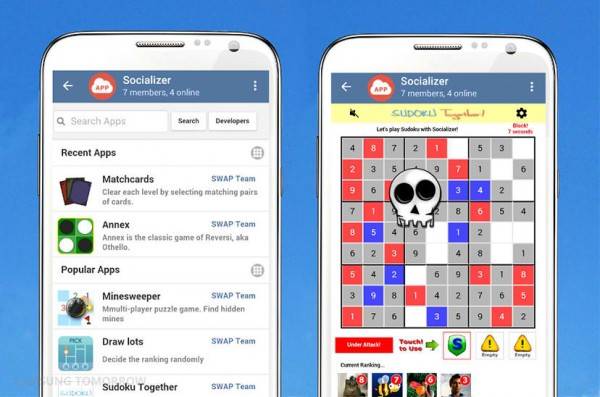 You can download Socializer Messenger for free from the Google Play Store. Developing and distributing apps like games, utilities, animations, etc is also free. But in the future, they are also looking at having an in-app purchase functionality available for developers to monetize this platform.