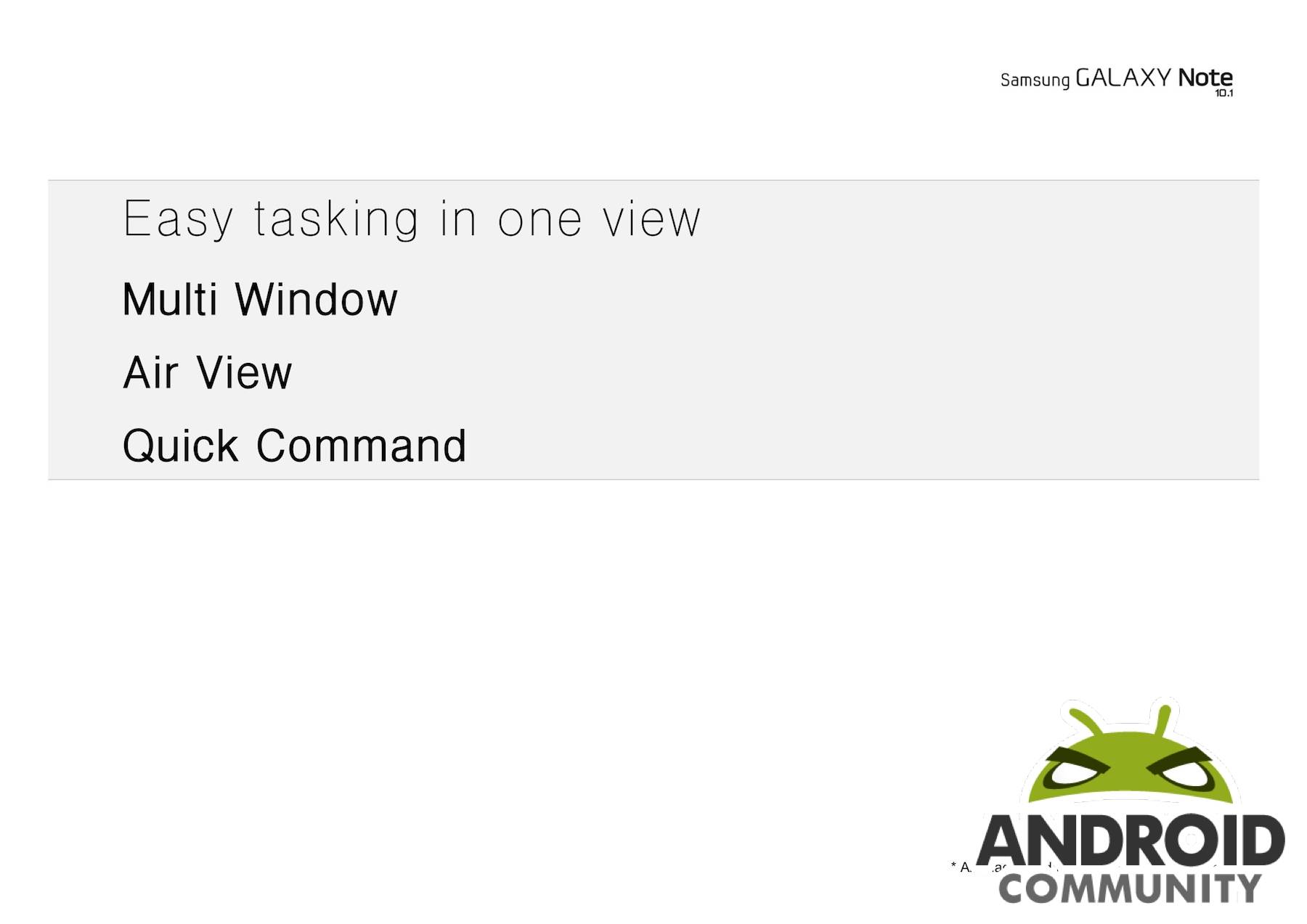 Samsung has released the Android 4.1 Jelly Bean update for the Galaxy Note 10.1 and Galaxy Tab 2, complete with the latest version of the Premium Suite. The new software includes Paper Artist, the tweaked interface, the latest iteration of Multi Window and Air View, and Easy Clip, among other things.

Of the two tablets, it’s the Note 10.1 that gets the better deal. The pen-enabled slate gets all of the stylus-related functionality in the Premium Suite, whereas the Galaxy Tab 2 makes do with just those features that don’t rely on an S Pen. 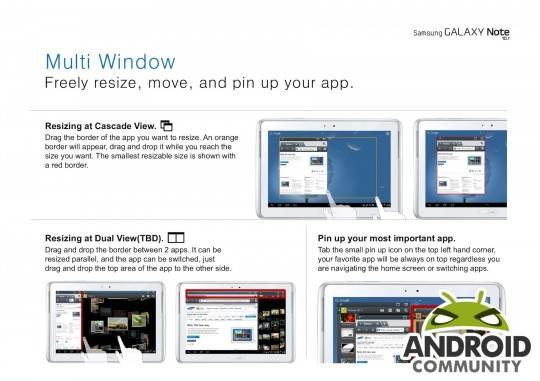 It’s the new Multi Window which is perhaps most interesting, an evolution of the original split-screen interface that we first saw on the Note 10.1 at launch. Now, there’s support for fully resizable and pinnable windows, with fourteen apps enabled for Multi Window support (alarm, calculator, contacts, email, gallery, browser, music player, My Files, Polaris Office, S Note, S Planner, task manager, video player, and the world clock). It’s also possible to show the homescreen – and interact with widgets – while in Multi Window mode. 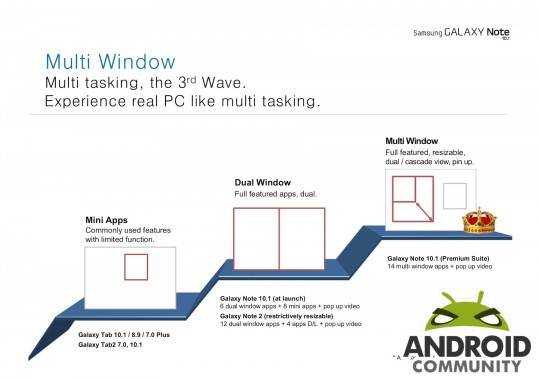 Meanwhile, features pulled from the Galaxy S III, such as Smart Alert – which automatically vibrates when you pick up the tablet, if you’ve missed notifications – and S Voice – Samsung’s version of Siri – are also included. The update will be pushed out OTA and via Samsung’s Kies app.