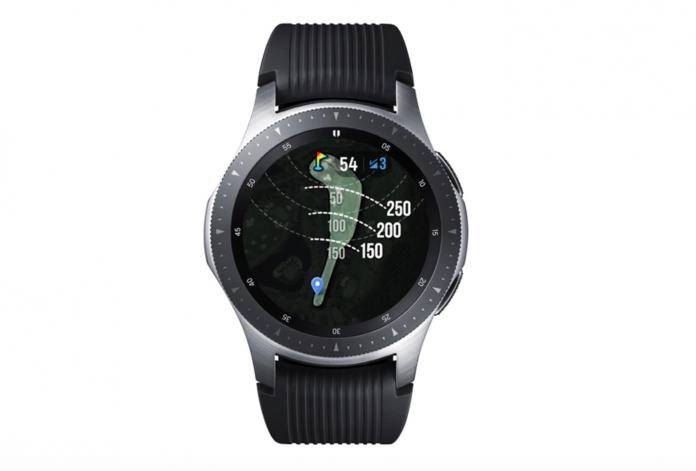 Golf is a huge sport in South Korea, in case you didn’t know it. So it’s not really a surprise that Samsung has been creating variants of its smartwatches that is meant to appeal to golfers. They have now announced their newest smartwatch, the Galaxy Watch Golf Edition, and from the name itself, it’s obviously built for those who consider the sport as par for the course. Unfortunately for those who live elsewhere, this is only available for Samsung’s home country.

The main difference between the Galaxy Watch and the Galaxy Watch Golf Edition is that the latter comes with special features that are specifically for golfers. This includes the pre-installed Smart Caddie app which carries information about around 60,000 golf courses from all over the world. Other than that, the specs are pretty much the same with the original.

In case you forgot what the Galaxy Watch has to offer, it has a 1.3” or 1.2” screen (with the 46mm and 42mm models respectively) with a 360 x 360 circular Super AMOLED full-color display and is powered by the Exynos 9110 dual-core 1.15GHz processor. It has 1.5GB RAM and 4GB internal memory and runs on Tizen based Wearable OS 4.0. It has 3G/LTE, Bluetooth, Wi-Fi, and NFC connectivity.

But of course what makes this variant different is the software that comes with it. The Smart Caddie app, aside from the aforementioned golf course information, has other features like Shot Tracking and record keeping. You can also get the information of the height of the green. We have it on good authority that all of this information are important for golfers.

The 46mm version is priced at around 409,700 won ($367) while the 42mm model is slightly cheaper at 389,000 won ($351). The Galaxy Watch Golf Edition will only be available in South Korea and there’s no information yet if it will later on be available anywhere else.