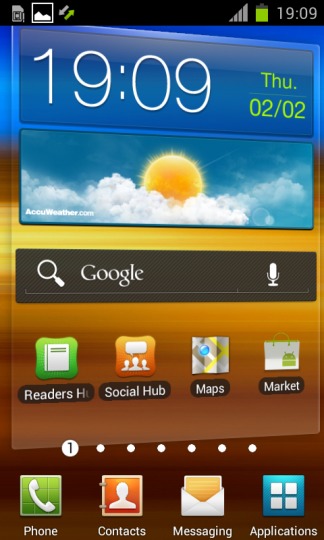 Good news, open source enthusiasts: as they’ve done with pretty much every one of the Android phones and updates, Samsung has posted the open source code for the Ice Cream Sandwich version of the Galaxy S II’s operating system. While the update itself is only available in Europe and South Korea, any international version of the i9100 can apply it, and with the open source code ROM builders and other modders will be able to do more advanced ports and advanced ROMs.

Of course, nearly all of Samsung’s official releases include the TouchWiz UI overlay, and it’s in full force on the Android 4.0.3 update for the Galaxy S II. The interface is so ubiquitous that it’s nearly identical to the Gingerbread version from a visual standpoint. That said, the sweet, frozen core of Ice Cream Sandwich is there, so those who prefer their Android with an overlay (but want to cut out some of the bloat) should be able to customize to their heart’s content.

Note that this release isn’t compatible with any of the many Galaxy S II variants available, including pretty much all of the GSII phones released in the United States. Those software packages are customized with region-specific radio files, carrier applications and the like. That said, it shouldn’t take long for a talented dev to adapt the code for local phones, especially the AT&T and T-Mobile versions. This release will also make it easier for custom ROM builders like the CyanogenMod team to get the more fiddly hardware to work correctly on ICS, such as cameras and GPUs.