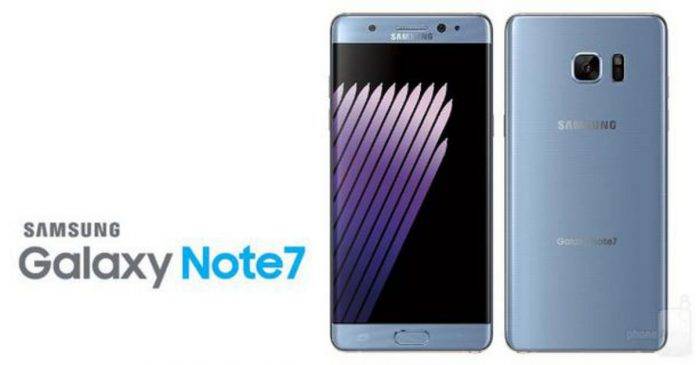 Samsung has a really long and hard way back to their consumers’ hearts, after the massive failure of the Galaxy Note 7. The “easier” way forward would be to release products that will knock our socks off, but it’s not as simple as just that. Gaining the trust and confidence of the public is a tricky proposition, but Samsung seems to be really trying, as evidenced by several full-page ads that they took out on major publications in the US.

Aside from the fact that doing so is expensive, it is also very humbling for a brand to do something like this. The ad is basically a letter from Gregory Lee, President and CEO of Samsung Electronics North America. The gist is that the company has failed in fulfilling “an important tenet” of their mission which is to “offer best-in-class safety and quality”. A simple “for that we are sorry” and no excuses offered is a good way to apologize.

Part of the letter is also what they’re doing to address issues like this. They “will re-examine every aspect of the device, including all hardware, software, manufacturing and the overall battery structure.” However they also admitted that it will take some time to do all that so answers may not be available immediately. There is also a mention of the recent recall of 2.8 million washing machines for a potential safety issue as well. 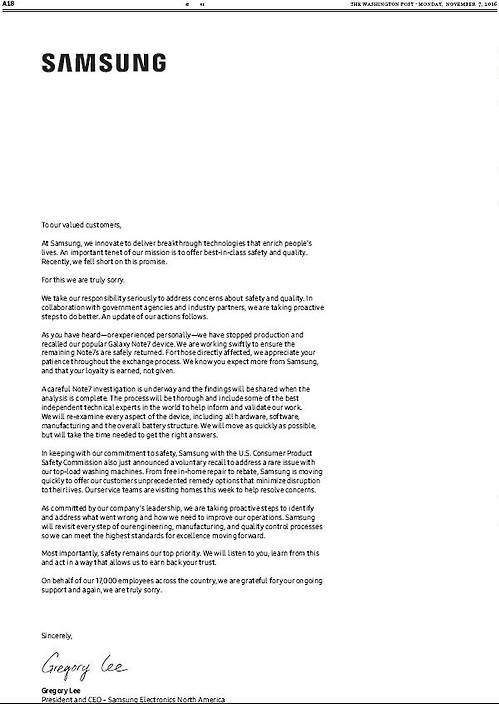