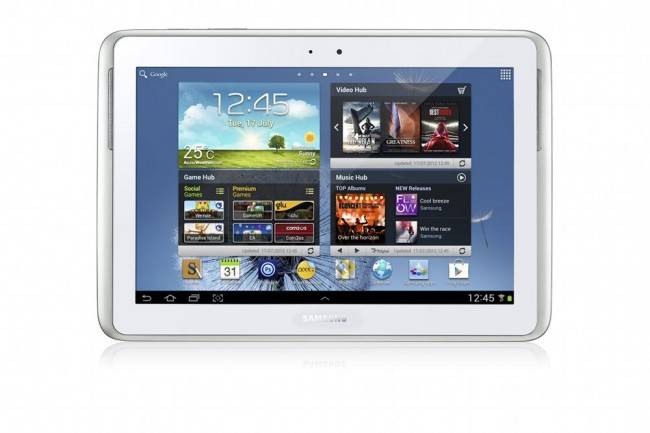 Samsung has been working hard on their next top-tier flagship Android tablet, and that will be their all new and improved Galaxy Note 10.1 quad-core tablet. After seeing plenty of it earlier this year, and getting hands-on time during Mobile World Congress, they later delayed the launch to upgrade the hardware and today we have the final details.

While we’ve already seen countless leaks of the device. Today Samsung relaunched the Galaxy Note 10.1 tablet and confirmed all the specs. Their announcement event is set for August 15th, and the tablet will go on sale later this month worldwide. Here’s the important specs with a full detail sheet in the gallery below.

The Note will feature a 10.1-inch 1280 x 800 resolution display as usual, and be paired with the Wacom active digitizer for the accurate S-Pen stylus input. Just as early rumors suggested Samsung has changed out the internals and replaced it with their Exynos 4 Quad 1.4 GHz quad-core processor, 2GB of RAM, and 16, 32, and 64GB of storage options available. Just like the Galaxy Note it has tons of apps specifically designed for content creation using the S-Pen stylus. Here’s a quick intro video:

Now that is what we call true multitasking. From multiple views on a single screen, re-sizable and movable keyboards and more they’ve really pulled out all the stops here. Samsung announced that initially the Galaxy Note 10.1-inch tablet will be available in WiFi-only and HSPA+ options, with 4G LTE being offered later. Rumors point to a $599 price tag and above, but hopefully it will drop at a lower price come release date. More pictures and details are available in the gallery, with all of our past coverage in the timeline below.