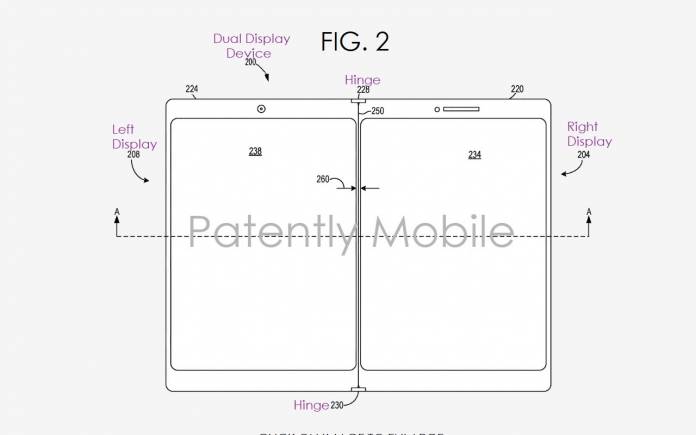 Samsung may not always be the first when it comes to technology and innovation but it certainly knows how to go first in filing for patents. In 2013, it invented a dual-display smartphone with a new user interface and modes of operation. the South Korean tech giant hasn’t released any rea dual-display phone but the new Galaxy Fold foldable phone is close enough. A new one may be in the works soon as the company has been granted patent by the U.S. Patent and Trademark Office last month.

With the approved patent, the company could work on something that may rival the Microsoft Surface Duo. Samsung’s dual display will boast its own patent so it will be ready to challenge any similar product from any OEM.

Patent 10,459,625 covers a dual-display phone. It’s almost close to Microsoft’s 10,451,911 patent. As shown in Fig 2, the dual-display device includes a sensor that includes a “forward-facing camera and a speaker”. The device looks like a smartphone that also appears to be a tablet with a bigger display as a result of two smaller screens.

So it may look like the Surface Duo phone and the Surface Neo. The two are due in 2020 so expect some updates or perhaps other OEMs will go ahead with something similar.