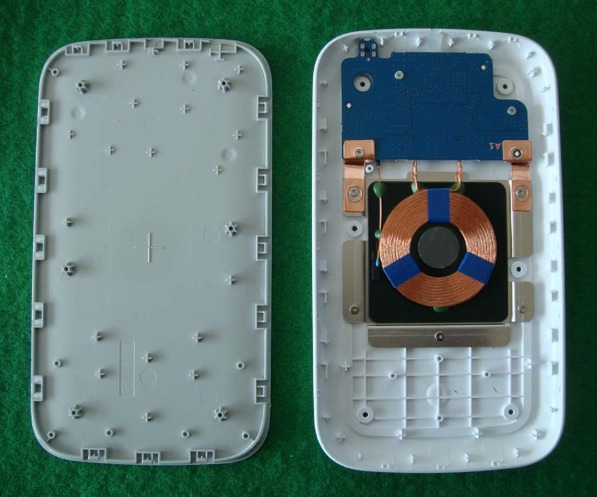 We had seen some earlier rumors suggesting that the Galaxy S IV was going to support wireless charing. The one catch, we hadn’t heard all that much since, that is, until now. This does come with one distinction though, this is not another Galaxy S IV rumor, but instead details on a recently discovered FCC filing. The filing comes by way of Samsung and is showing a Qi wireless charging pad.

Taking those earlier rumors into consideration and this may be a nice accessory. The charging pad is showing as model number EAD-W10EWE, and while there was not all that much revealed in terms of specs and details, this filing just goes to give some hope for fans of both Samsung and wireless charging. The filing did reveal some pics though — giving us a good look at the top and bottom as well as the charging cable and interior.

One other interesting tidbit from the filing included the user manual, which is really just a page in length. The manual shows how to plug in the charger, where to place the phone on the charging pad and offers a bit of detail in terms of the LED indicators. For those who are curious; green blinking will be charging, green solid will be charged and red (solid or blinking) will be an error message. 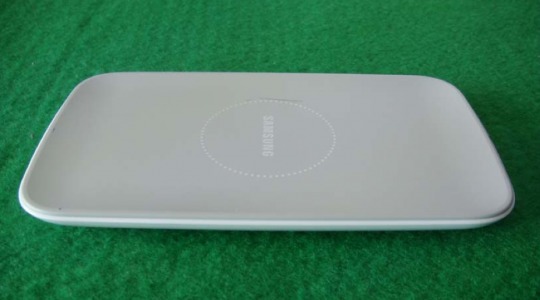 While one would assume that the FCC filing means this charging pad it on its way to a retail release, we have yet to see anything direct from Samsung. Basically, this means we now have another Samsung related product to keep an eye out for. We would hope to see Samsung make an announcement sooner rather than later, but maybe this will come as a Galaxy S IV accessory.