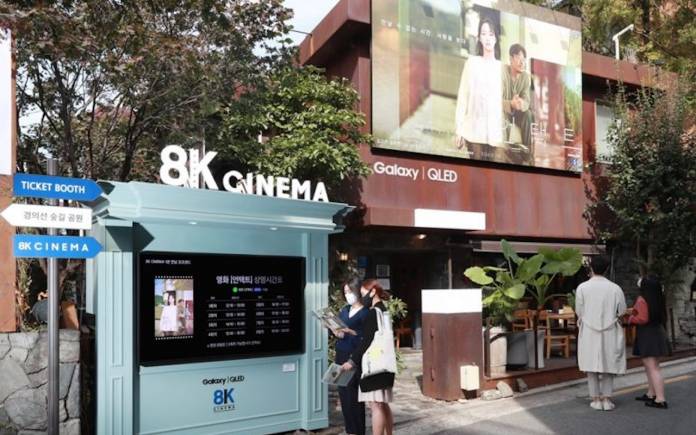 While most people are still trying to afford or achieve 4K on their gadgets, here is Samsung already getting busy with 8K. No professional DSLR or video camera is needed in shooting 8K. All you need is a Samsung Galaxy S20 or a Galaxy Note 20. It’s true and as proof, Samsung is launching “Untact” which is a movie shot using this year’s premium flagship smartphones from the South Korean tech giants. The movie is best previewed on Samsung’s QLED TV.

“Untact” is an 8K short film by Kim Ji-woon who wrote the script and directed everything. The movie stars Korean celebrities Go-eun Kim and Joo-heon Kim. The movie is a love story between Sujin and Sung-hyun.

It will be played in cinemas in South Korea on Samsung’s QLED TVs until the 25th of October. At the moment, due to the pandemic situation, the 8K cinema in the country will only receive a limited number of people. The movie theaters now use a reservation system. This way, human contact is reduced to avoid COVID infection.

Samsung is also said to release the movie on its YouTube channel in 1080p and then 8K later. There is no word though when that will happen.

At the 8K Cinema, Samsung will also show off its other projects like the latest 8K QLED TVs, The Frame, 4K Ultra Short Throw laser projectors, and even the Galaxy Z Flip 5G and the Galaxy Z Fold 2. We’ll just wait for the time when Samsung is ready to release the 8K movie on YouTube.