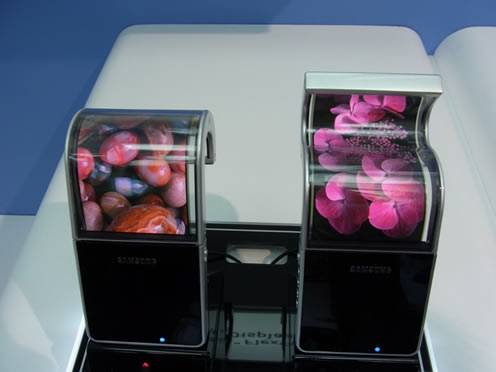 Flexible AMOLED touch screens might be the next big thing in smartphone technology, but sadly, it looks like we’ll be waiting a bit longer for their arrival. Samsung is reportedly delaying the production of its flexible AMOLED screens due to issues with yields. Since Samsung has been aggressively pursuing these new screens, it stands to reason that we won’t see these flexible screens featured in smartphones until Samsung can sort out its production issues.

We’re not sure when that will be either. Someone identified as an industry official told Korea’s DDaily that Samsung could potentially have smartphones using a flexible AMOLED screen on offer sometime in the first half of next year, but that prediction is contingent on Samsung figuring out its production issues before the end of 2012. That may not happen, so smartphones equipped with these special screens might not see the light of day for a while yet.

Why is everyone going nuts over these flexible screens? There are a couple reasons for the interest. While these screens may not mean a flexible smartphone, they are more durable that the screens we currently use. Since they bend, they could also lead to thinner smartphones, as manufacturers could use them to free up space for other components within the device.

It’s certainly an exciting idea, but at the moment, its realization is being held back by Samsung’s production woes. Samsung has already produced a number of these screens, but those were only “pilot” displays, meaning that they were for testing purposes only. The screens aren’t ready for mass production yet, but once they are, you can bet that they’ll be popping in smartphones all over the place. Stay tuned.