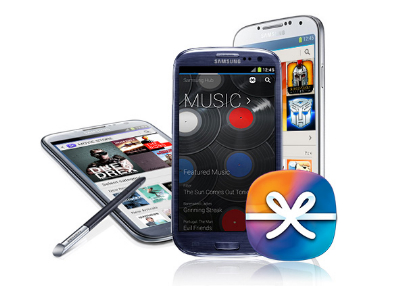 Samsung has just forged an alliance that will add the popular PayPal e-commerce service into its app and content ecosystem. Not only will this provide consumers with an easier and safer method of purchasing goods but will also let app developers receive payments faster.

Some may not be aware of the fact that, aside from a cross-platform instant messaging service, Samsung has its own semi-walled garden composed not just of apps, some of which are exclusive to Samsung devices, but also of content via its Samsung Hub services such as books, music, and videos. While purchasing apps from its Samsung Apps store has always been possible, it required the use of a credit card which may not only be impractical for some but also worrying for others.

Starting today, users will have another payment option available to them via PayPal, which will open up Samsung’s app and content business to more consumers. Furthermore, app developers will now also have an easier and faster way to monetize their work almost instantly instead of having to wait for days for regular money transfers.

PayPal as a payout option is now globally available for Samsung Apps developers to use. However, as a payment option, the service is limited to nine countries, including Australia, France, Germany, Italy, Malaysia, Singapore, Spain, and the UK. Support for US markets will be following shortly. PayPal has not released any details regarding what other regions will be supported or when.