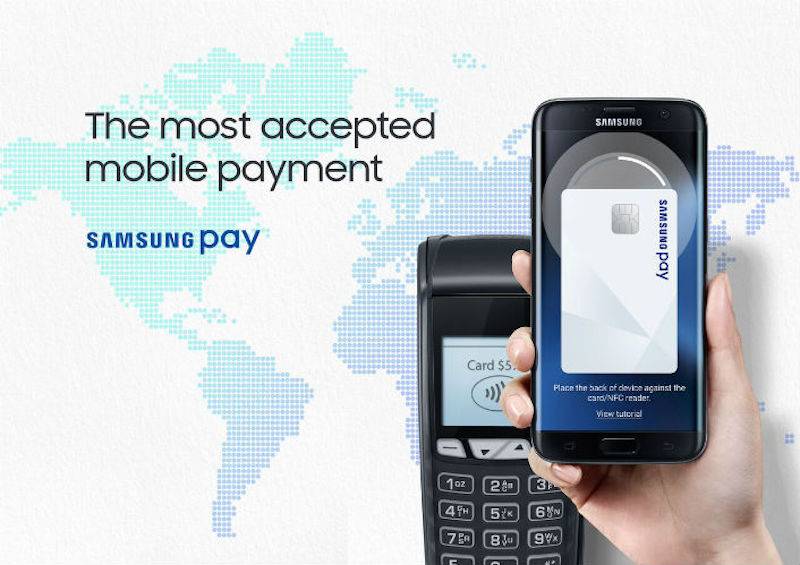 Mobile payment gateways still haven’t caught on like fire, although it is still pretty early in the game. But that doesn’t mean that it is a failure and that it will never become a success. There must be a concerted effort to expand their reach more and become more prevalent among mobile users. That is what Samsung Pay is doing with the latest developments, which includes partnering with POS providers to give another option for consumers and expanding to Southeast Asia, starting with Singapore.

Samsung Pay is in a unique position as it uses both Near Field Communications (NFC) and Magnetic Secure Transmission (MST) to accept payments from consumers. And now, with this new partnership with the biggest POS makers, then this system works in almost 90% of the top 250 retailers as well as various merchants, local and small businesses. Samsung Pay will now work with
Verifone (NYSE: PAY), Ingenico Group, First Data and Clover, PAX Technology, Equinox, ID TECH, MagTek, USA ePay and OTI Global to ensure “maximum capability and universal acceptance of the payment system.”

Meanwhile, they are also expanding their reach in terms of geography, as Samsung Pay is now arriving in Southeast Asia, but only to one country first: Singapore. By the second quarter of this year, Samsung mobile users (well, at least those who have the newer devices) will be able to use this payment gateway to make their purchases. They decided to go in this direction after a commissioned study revealed that 71% of Samsung users there indicated interest in Samsung Pay if it was available.

South Korea, China, the US, and now Singapore are the priority markets in terms of rolling out Samsung Pay. They have also expanded their reach in terms of merchant categories and users will now be able to use it to pay in department stores, supermarkets and convenience stores, healthcare and beauty outlets, F&B outlets, fashion and lifestyle stores, and even electronics and furniture stores. Let’s see if more consumers will adapt Samsung Pay into their purchasing lives.