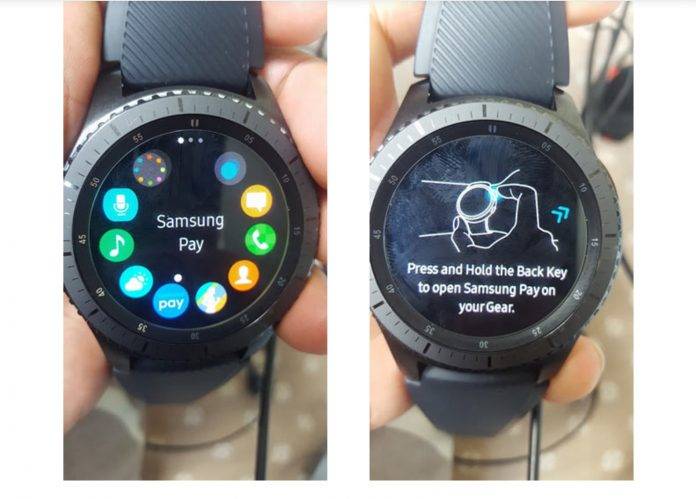 While Samsung Pay was already working with the Gear S3 in South Korea earlier this month, there was no word as to when this will be available for other territories as well. There were rumors and leaks saying that it will be rolling out to the UK by May 16. Now it’s been confirmed that the mobile payment gateway is now available for both the Samsung Gear S3 smartwatch and the previous version of it, the Gear S2, at least in the UK.

If you have either of the two smartwatches from Samsung, you will now be able to download the Samsung Pay app either through the Google Play Store or the Galaxy App Store. There is a difference though with how you will use the app with the two devices. With the Gear S3, you can use the MST (magnetic secure transmission) to pay at normal credit card readers and NFC terminals. However, the Gear S2 Sport and Classic do not have MST support so you can only use them to pay at NFC terminals.

And of course, the more important aspect of this is that currently, Samsung Pay has support from only four banks in the UK: HSBC, Nationwide, Amex, and Santander. Getting banks and financial institutions on board is still a pretty gradual process and is one of the reasons why mobile payment gateways haven’t grown as fast as they would want to.

There is no official announcement from Samsung yet as to this rollout but the fact that some people can already download it means it’s really happening. But if you’re in the UK and you can’t download it yet, it probably just means it’s a gradual rollout so just wait a few days.