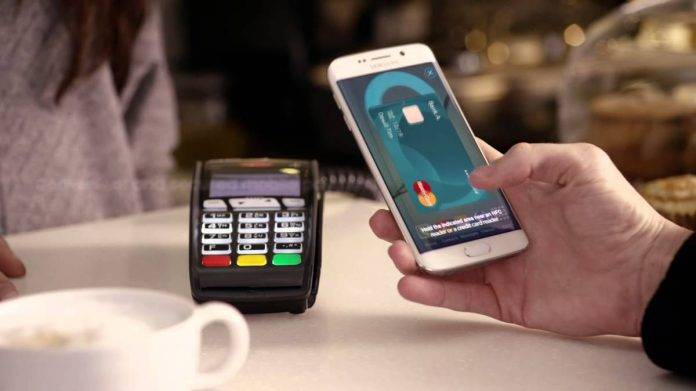 While we’re still waiting for mobile payment gateways to expand to more countries, those that are already available in specific countries are working towards adding even more banks and financial institutions so that more people there will be able to use their service. Samsung Pay has announced that they are adding another major one in Russia, Sberbank, to the list of supported banks in the country. This may be small news for some, but it also adds to more people getting used to using services like this, which is good for the industry in general.

With the addition of Sberbank, there are now seven major banks in the country that can let their customers use Samsung Pay to make purchases in both the brick and mortar stores and online stores as well. Banks include Alfa Bank JSC, VTB 24 OJSC, MTS OJSC, Reiffeisen Bank JSC, Russian Standard Bank JSC and Yandex LLC. The service has been available in the country since September and slowly but surely users are getting into the rhythm of using their phones to make their payments.

With the addition of Sberbank, 65% of all private banks in the country are now covered and 80% of the country’s urban population will be able to use Samsung Pay if they wanted to. The Deputy Chairman of the bank, Alexander Torbakhov, said that they believe that eventually credit cards will be obsolete and people will be relying on their mobile devices for their payments.

To be able to use Samsung Pay, download the app from the Samsung App store and store your credit card details on it. To pay for your purchases, you just open the app and tap it against the NFC or MST reader and presto, payment done.