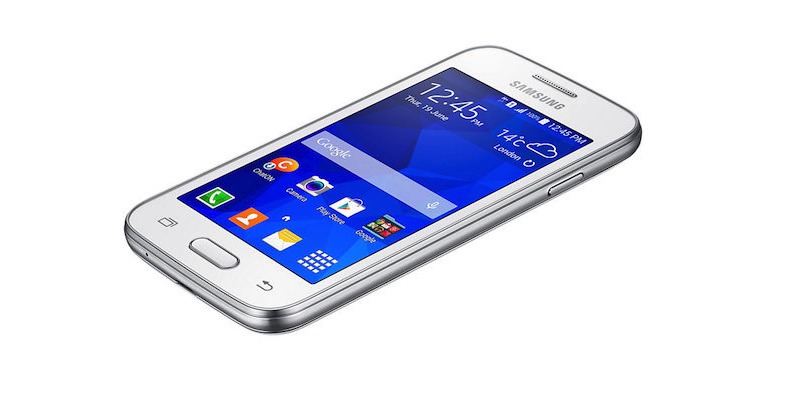 South Korean tech giant Samsung has just rolled out a new budget Android smartphone in Malaysia. Meet the Galaxy V Plus. This phone is more of a low-end unit so don’t expect this to be anything like the Galaxy S5 or any other mid-range offering from Samsung. This one is initially available in the Asian country and we’re guessing will also be available in other developing countries.

The Galaxy V Plus and the Galaxy S5 may sound similar but they’re not. In fact, they are miles away from each other as the Galaxy V Plus model features really low specs. Phone is packed with only a 4-inch TFT display screen, 800 x 490 pixel resolution, 1.2 GHz dual-core processor, 512MB RAM, 2GB built-in storage, microSD card slot expandable up to 64GB, 3MP rear camera, 0.3MP front-facing sensor, and a 1,500 mAh battery.

The Samsung Galaxy V Plus doesn’t have 4G/LTE but only WiFi and 3G connectivity. It runs Android 4.4 KitKat out of the box and TouchWiz UI. Samsung may have scrimped on the specs but it’s good as an entry-level phone. Actually, it could also be a good Android One device for the first time smartphone buyers. Basic features are there: web browsing, games, music, photos, videos, and social media.

We doubt that you can ever upgrade the new Samsung Galaxy V Plus to Android 5.0 Lollipop but that’s fine. It’s a budget phone so don’t expect too much. For a smartphone priced below a hundred dollars, it’s okay. Not great but okay for kids or if you only want the basic features in a phone.