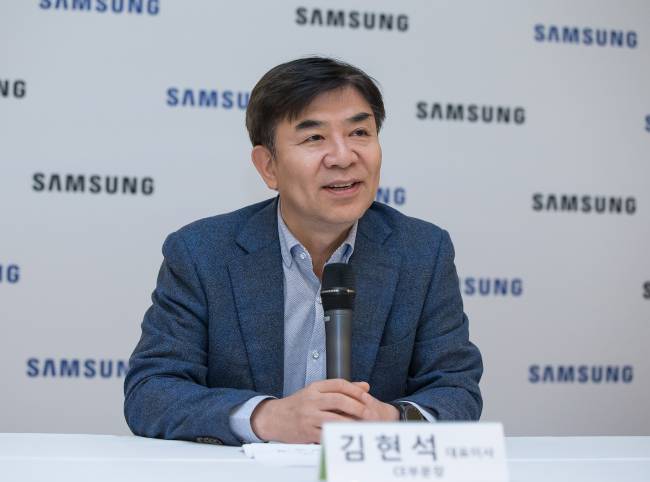 They are considered both competitors and partners. But when it comes to Artificial Intelligence, Samsung is open to becoming the latter with Google. During their press conference at the IFA trade show in Berlin, Samsung President and CEO of consumer electronics Kim Hyun-Suk said that while they will continue to develop their own digital assistant, Bixby, this doesn’t mean they can’t work with Google in terms of developing and using AI. They will be leveraging on their position as the world’s leading device maker to negotiate this proposed collaboration.

What this collaboration specifically is still unclear, but he gave the example that even if a Samsung user would use Bixby to give commands or ask for information, it can lead to one of Google’s services like Google Map or even Search. Kim says the fact that they sell around 500 million units of devices worldwide is something that they can bargain with to get to the level of cooperation that they want with Google.

Samsung is in a weird position that even though they have Bixby, since their devices are running on the Android platform, their users can also use Google Assistant. And unfortunately for them, users and critics have said that Google’s voice assistant is miles better than Samsung’s own. The topic of this possible collaboration came up when Kim was asked about the possibility of actually using Google Assistant for their home appliances, instead of just Bixby.

He emphasized that even though they have the manufacturing expertise, when it comes to connected devices now, AI is the “brain” that all these gadgets need. Samsung currently has five AI centers in three continents and they want to undergo an “aggressive talent hunt”, aiming to have up to 1,000 experts in their research organization, which Kim also heads.

In their recent investment plan announcement, they will be investing approximately 25 trillion won or around $22B in AI, Internet of Things, and 5th generation mobile network technology. This will happen starting now until 2020.