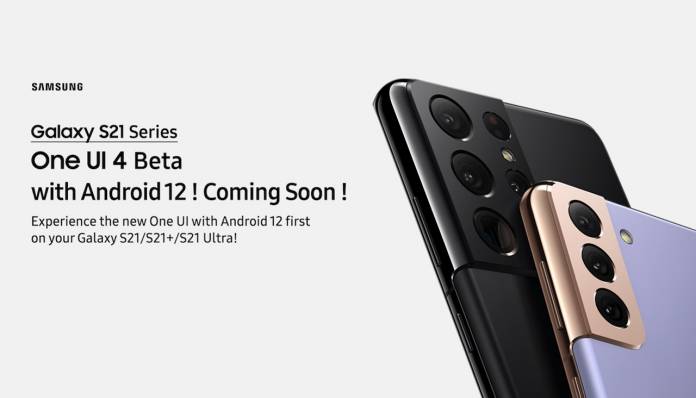 One UI 4.0 is almost ready. Some people have already seen the new features and improvements. It’s being anticipated to arrive on the Galaxy S21 series first. A few months ago, it was mentioned it would have an earlier launch than expected. It was said to be released this September, bringing SoundAssistant Support to Samsung Dex and more. Now we’re learning it may be delayed but with guaranteed Android 12 update. The South Korean tech giant already confirmed this news.

One UI 4.0 beta is running a bit late but it will come with Android 12 very soon. Specifically, this is the version for the Samsung Galaxy S21 series whether unlocked or those purchased from T-Mobile or Sprint.

If you own a Galaxy S21 phone, you may join by downloading the Samsung Members application. Check the home banner for the ‘Registration for One UI Beta Program’.

Since One UI 3.1.1, this will be the biggest update from Samsung. It will already contain Android 12. It was promised to be available in South Korea by September 9 but there’s nothing yet. It’s been delayed as a company representative confirmed and said, “We ask for your understanding and we cannot inform you of the schedule until the beta is open.”