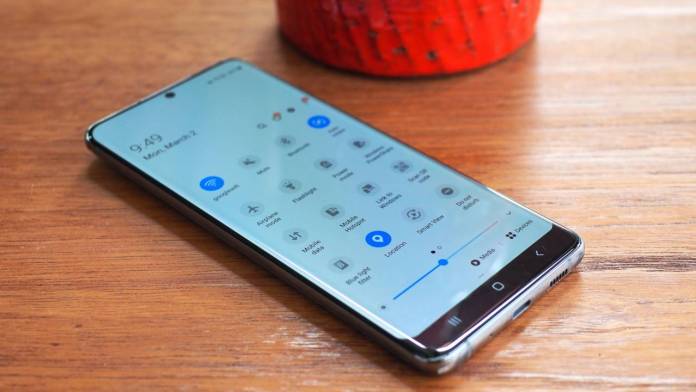 While some of us are only just recently enjoying the rollout of Android 10 and One UI 2.0 to our devices, we have some news about whether or not One UI 2.1 will eventually reach yours. A Samsung community moderator has confirmed that the latest update to Samsung’s software overlay will roll out to the Galaxy S10 and the Galaxy S9 family as well as the Galaxy Note 10 and Galaxy Note 9. But as to when this will happen is still unknown at this time.

SAM Mobile shares that a community moderator in the Samsung portal in South Korea has said that One UI 2.1 will be rolling out to older flagship devices. The good news is that it’s not just last year’s Galaxy S10 and Galaxy Note 10 line that will get it but even the previous Galaxy S9 family and Galaxy Note 9. The previous will probably get it earlier of course since the latter has just recently been updated to Android 10 and One UI 2.0.

However, note that some of the features that Galaxy S20 and Galaxy Z Flip users are enjoying on their One UI 2.1 will not be available for the older devices. For example, the option to switch to 120Hz mode will not be available due to the technical limitations of your older flagships. Your option would be to just make do with what your phone can give you or upgrade to a newer device, which would please Samsung of course.

But there are still some minor new things on the One UI 2.0 that you can enjoy like the additional Screen Zoom option. You will also finally get Samsung Quick Share, their version of AirDrop which should make it easier for you to exchange files with other Samsung users that are nearby. Google is also developing something similar for the entire Android community but in the meantime, this is a tool you can use.

There is no timeframe yet as to when this update will rollout. If things go well, we can probably expect it with the security update for April or maybe even March if they’re working fast on it.