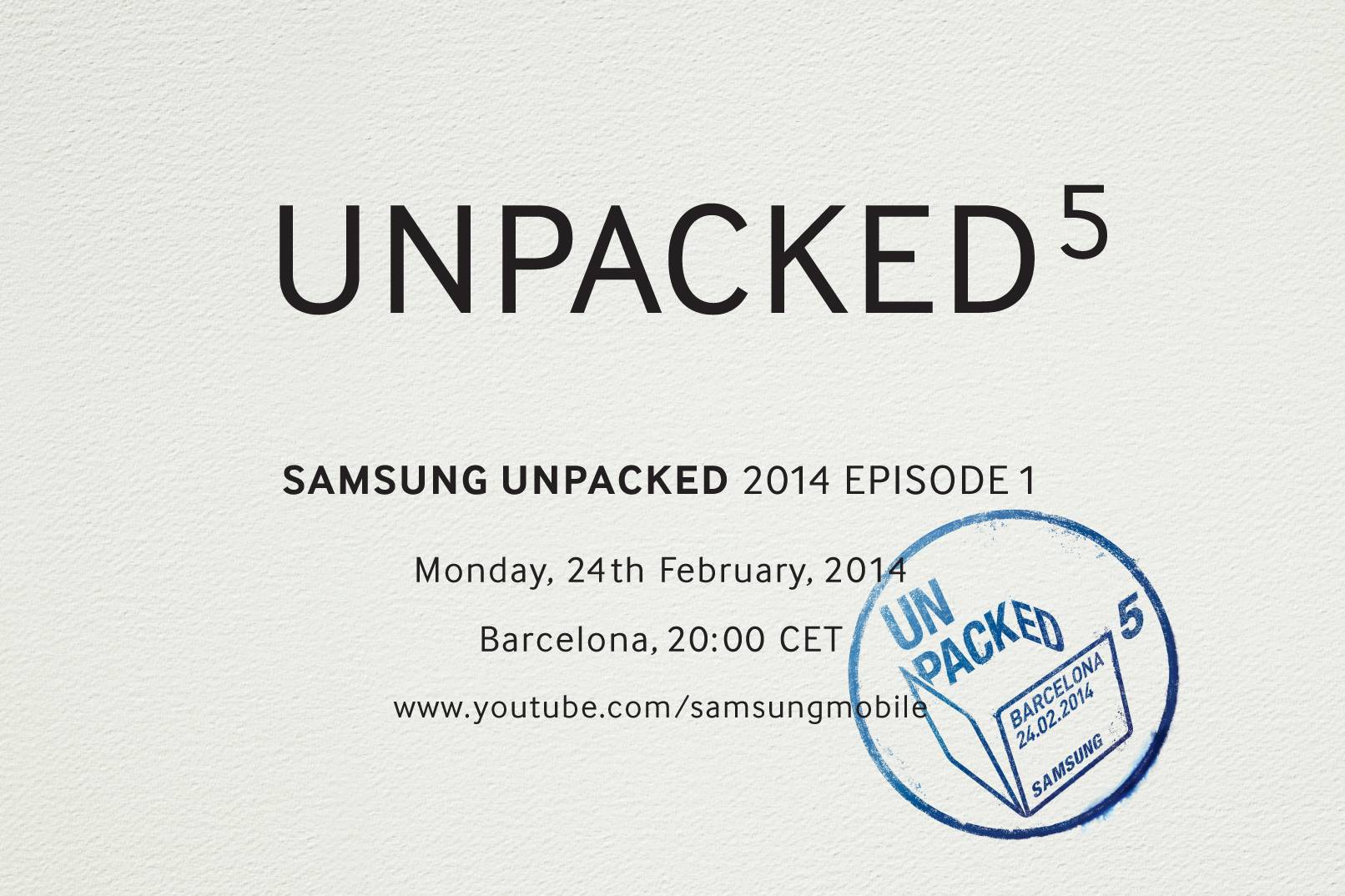 Samsung has announced their Unpacked 5 will be on February 24th, just ahead of MWC. We’ve long heard there would be something special from Samsung ahead of MWC, and this is it. We’re curious about the “5” moniker here, as it seems to hint that the Galaxy S5 is certainly on the way.

There is also an “Episode 1” that has us curious, as if there would be more to this as time rolled on. Perhaps there are several ‘Unpacked” events throughout the week, bringing a few different iterations of whatever device they’re unveiling. If it were the Galaxy S5, we’d expect to see some variations like “Active”, or perhaps a “Neo”. More than likely, it’s just the first of 2014, with more to come later in the year.

Whatever is on the way, we just hope it’s not the gaudy spectacle of the Galaxy S4 launch. Terrible acting and staged scenes set the stage for rolling eyes and audible groans form the audience, both live and at home. In the aftermath, Samsung was roasted heavily on the Internet.

We’ll be at MWC, so we’ll be sure to steal check out what Samsung has coming out. We’re betting big on the S5, as anything less would seem unworthy of a big event like “Unpacked”. We’re also looking forward to a Galaxy Gear, and other devices. Perhaps “5” means 5 devices? We’ll find out in Spain later this month!