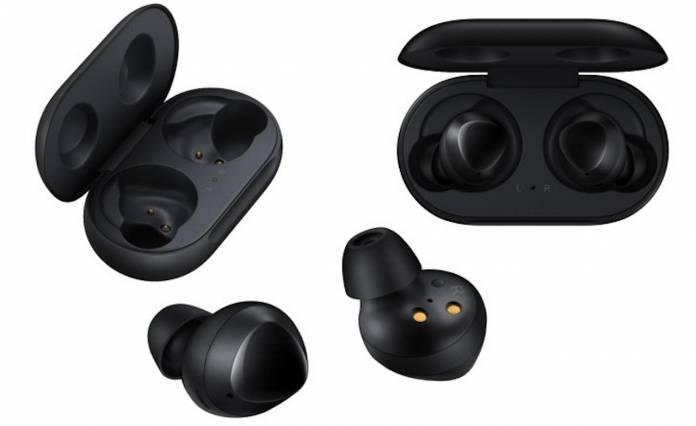 While Samsung fans will probably be lining up for one of the Galaxy S10 devices once it hits the market, the Korean OEM also wants people to pre-order it to gauge the interest of the market. But of course you’d have to throw in several incentives for people to do so. Samsung Vietnam has confirmed that part of their pre-order promotion would be the Galaxy Buds, the new truly wireless earbuds that will also reportedly be unveiled at the Unpacked event next week.

If you’re in Vietnam, you will get the Galaxy Buds plus two other accessories when you pre-order the Galaxy S10: a waterproof JBL Charge 3 Bluetooth speaker and a Clear View case for the smartphone. All in all, the three freebies will amount to around $300 so that’s not such a bad deal especially if you’re planning to get the Galaxy S10 anyway.

You can actually pre-order already even if we have not officially seen any of the new devices. But the bad news is you only have until February 26 to decide if you want to actually get it. This gives you 6 days after the official announcement to decide. Samsung Russia is also including the Galaxy Buds in their pre-order promotion so hopefully, we will also see some other territories do the same.

The Samsung Unpacked event on February 20 is probably one of their most highly-anticipated unveilings in recent years. Not only will we see the new flagship line, which will supposedly have new members aside from the original and the plus version, we might also get a glimpse of the foldable display phone. We might also see new wearables like the Galaxy Watch Active and maybe even the Galaxy Fit tracker.