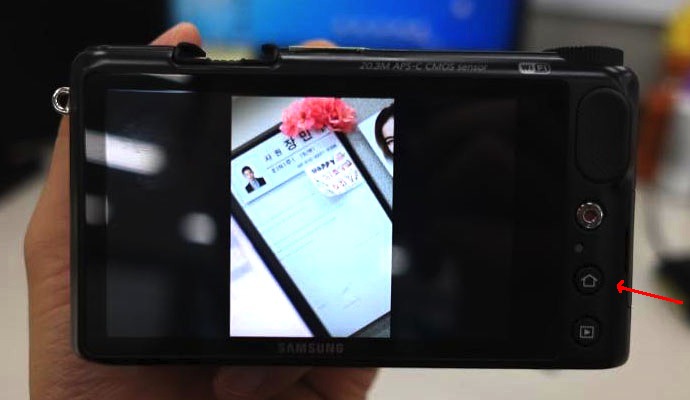 We all know Samsung has just about every smartphone and tablet size imaginable covered, and now it looks like they’ll be taking their efforts deeper into Android-powered cameras. We’ve been hearing reports that the company has plans to release several more Android cameras to follow up the Samsung Galaxy Camera, and today we could have our first look at their mirrorless NX2000.

Rumors suggest Samsung has been working hard on their next array of NX cameras, many of which will be mirrorless and run on either Android or their own homegrown Tizen operating system. The camera shown in the image above is a unreleased camera many are calling the NX2000, but for now this is just a rumor.

Right out of the gate you’ll notice this certainly isn’t like the Galaxy Camera and that massive 4.8-inch screen running Android 4.1 Jelly Bean. Instead it could be a more traditional camera setup but still be running on Android. As you can see in the image above there’s obviously what looks like Samsung’s TouchWiz style Android home button right on the device, so that’s the first giveaway.

However, the Galaxy Camera is all touchscreen so we aren’t completely sold just yet. Reports from Photorumors supposedly have confirmed it is the mirrorless NX2000, and it’s either Android or Tizen on board. With the Galaxy Camera still being quite new and the WiFi model only just launching this month, could we really see another Android-powered camera from Samsung already? If their quick pace of smartphones is any indication, we’d say yes.

Will this and other upcoming cameras from Samsung run Android? Let us know what you think.