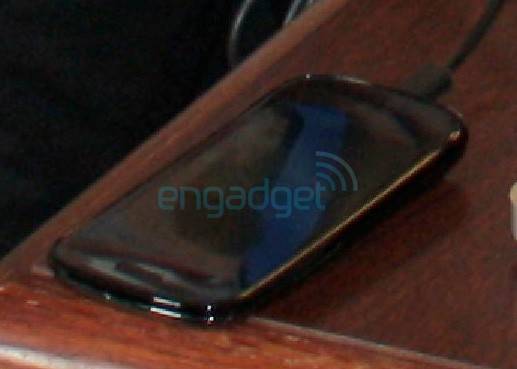 By now, the Nexus S is a device that plenty of people out there are eagerly anticipating getting their hands on. So how about another leaked image to stare at for awhile? This one, which was picked up in the same public photo sharing service that the Nexus S originally leaked from, is a three-quarter view, and it does a good job of showing us the gentle, and obvious, curves of the device.

We’ve seen devices in the past that feature curved designs, especially in the early days of Android, and from manufacturer HTC. But, with the Nexus S, it is still up in the air whether or not the device’s display is actually curved, too. This angle doesn’t really answer that, but we can definitely see that above and below the display is certainly curved. This image in question was capture by a Google employee as well over the weekend, so it looks like the device is still finding plenty of testing time on Google campus.