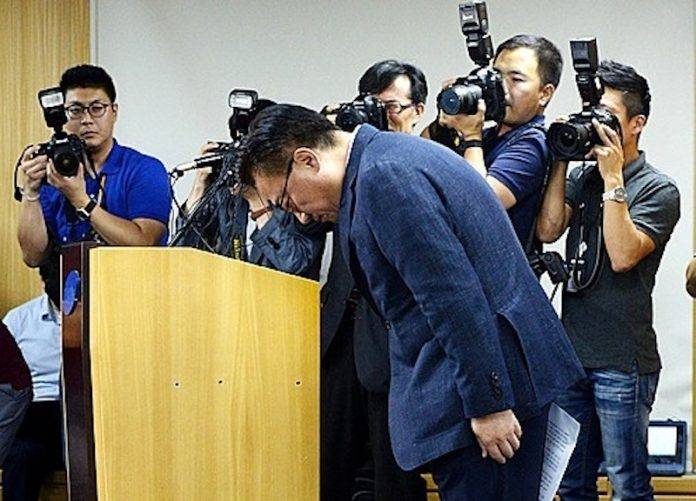 You probably would not want to be the top man in charge of Samsung smartphones right now. Koh Dong-Jin, the president of the mobile group, may just be feeling so much pressure right now to not only find out the cause of the fire-catching batteries of the Galaxy Note 7 but also find a way out of this mess for the brand, even as they move forward. There has also been murmurings that the company may actually remove him from his post “to hold him responsible” for the whole fiasco.

He actually made a statement last October 13, saying he “would at any cost find the exact cause (of the faulty Galaxy Note 7) to restore trust of consumers so that they can use Samsung products without any safety concerns.” He has apologized as well to the consumers and expressed his frustration at the turn of events. The company website’s message board features supportive messages from employees, expressing their support for the president and the company in general.

Koh Dong-Jin took over the mobile division back in December 2014 and has played a role in several innovations for their smartphones, including the stylus pen which is one of the key features of the Note line-up, and Samsung Pay, the mobile payment gateway competing with Android Pay and Apple Pay.

It would be a sad ending if the rumors that he will be removed from his post are true. While the official findings haven’t yet been released, sources are blaming the Galaxy Note 7 recall and end of production on below-par quality control.