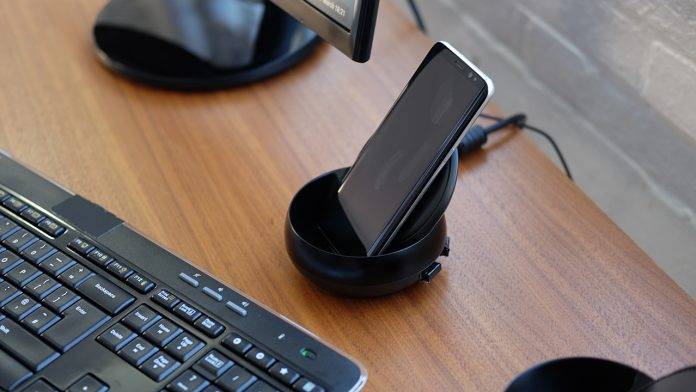 Samsung’s desktop environment extension for the Galaxy S8 – dubbed the Samsung DeX system – has been mildly successful, and it looks like the Korean giant wants to capitalize on what it thinks is a great feature with a great future. (Yes, we rhymed. Deal with it.) As such, the rumors point to a redesigned DeX dock when the Samsung Galaxy S9 comes around.

The Samsung DeX system allows you to connect a bigger display to the Samsung Galaxy S8 or Note 8, and use a desktop like environment that you can work on with a similarly connected keyboard and mouse – provided that you use the proprietary Samsung DeX dock. The system works alright, but the dock is a bit clunky and could be a pain to bring around if you want to work mobile – which is exactly the point of this system anyways.

So rumors say that the upcoming Galaxy S9 could come with a “DeX Pad” – a system that works like the DeX dock, but you only have to lay your smartphone on the pad – much like a wireless charging pad. This eliminates the bulky dock, and the screen of the phone can actually function like a touchpad on a laptop if needed.

The Samsung Galaxy S9 is looking like it will be an evolved version of the S8, and it might be a while again before we see a big redesign from Samsung. However, no leaks have come out regarding this new “DeX Pad”, so we will have to wait to see what this will even look like.