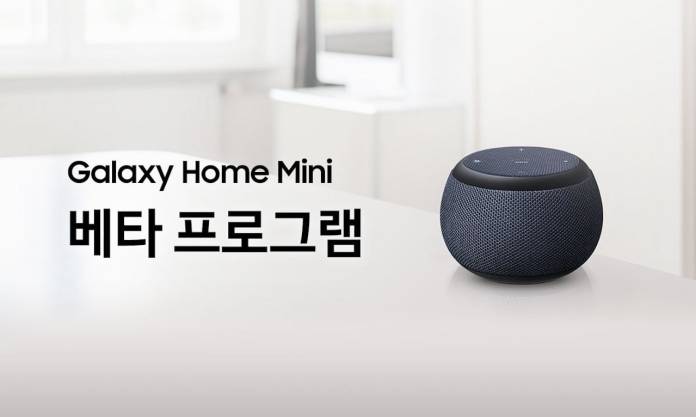 For those that buy the latest gadgets available in the market, nothing is more frustrating than said gadget not being available in their country. When Samsung announced their Galaxy Home Mini, it was exclusively available in South Korea only and never made it to other countries afterward. The new report is that they’re already working on a second-generation device, the Galaxy Home Mini 2. But just like the original device, this might also be available only in Samsung’s native country.

SAM Mobile shares that Samsung seems to be working on a new smart speaker and this new variant may actually have a smart display as well. There are no details yet about what the device will look like or what shape it will come in but it should be carrying model number SM-V320. It may look like the Google Home Hub or it may also retain the shape of the original Galaxy Home Mini but with a display somewhere in there.

The original Galaxy Home Mini was supposed to just be a “test launch” of a whole new line of devices, that’s why it was limited to South Korea only and they only produced limited quantities. Samsung supposedly wanted to collect customer feedback first before mass-producing their smart speakers. We don’t know though if this new Galaxy Home Mini 2 is still a test device or if it’s already the start of the OEM’s new line.

If it’s the former, then we’ll probably not see it outside of South Korea just like its predecessor. But if it’s an actual true-blue device, then we may see more quantities produced and eventually released in other countries, including the U.S. As we don’t have any other details about the smart speaker other than Samsung is working on it and it might come with a smart display, then we’ll find out more when there are leaks and rumors.

For now, there are a lot of other smart speakers and smart displays that are available in the market especially during this holiday season. Samsung may announce something early next year so if you really want something from the brand, you’d want to wait until 2022.