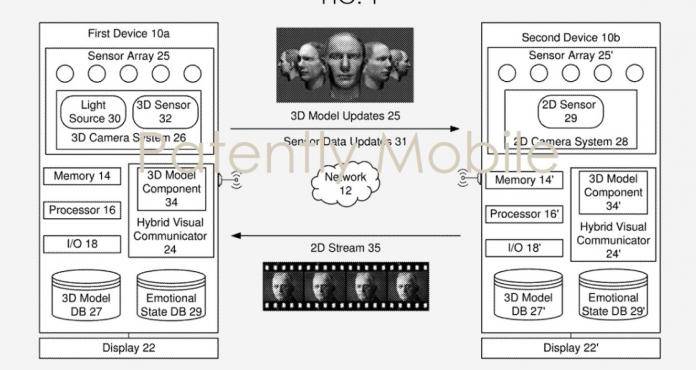 Augmented reality emojis weren’t a thing yet back in 2013, but Samsung may have had that in mind when they filed a patent for a technology for video calls that seems to involve something like it. The patent was finally granted earlier this month by the U.S. Patent and Trademark Office so we can expect the OEM to probably continue building on this tech. And maybe the upcoming Galaxy S10 (when we say upcoming we mean next year) may actually be the perfect device for this if rumors are to be believed.

Lest you think having AR emojis in your video calls are just for fun, the patent was actually created to be able to help people have better quality for video calls without needing to have fast data connection on both ends. The original patent talked about using a “3D mesh model” of the user’s face instead of the actual image of the caller and callee. Instead of regular video, which needs to transmit each frame, you will get a model that will react to the user’s facial expression and that is the image that will be transmitted. This means requiring lesser bandwidth and so call quality should technically be better.

Currently, AR emojis aren’t that great quality-wise. But if a smartphone had a 3D camera, then we will probably see bigger improvements. And of course, the biggest rumor about next year’s flagship, the Galaxy S10 is that it will have, what else, a 3D camera. If you’re calling someone that doesn’t have a 3D camera though, then it will probably transmit just regular video, which may defeat some of its purpose.

But in any case, it’s still early days to be speculating. All we know is that the patent for this “3D mesh model” for video calling has been granted to Samsung so we might eventually see it in action.