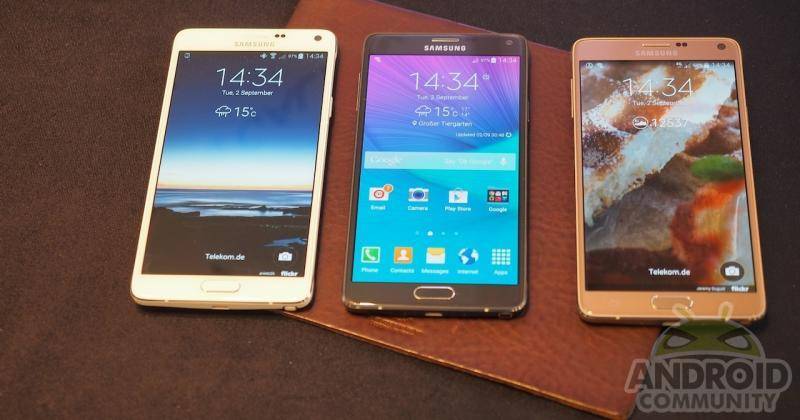 Just before 2014 ends, Samsung Electronics has announced its first ever LTE Advanced (LTE-A) Tri-Band Carrier Aggregation-enabled smartphone. It’s not really a new model but the Galaxy Note 4 has been upgraded to run faster with a 300Mbps download speed. The number is too impressive because that is about four times faster than the current speed of 4G LTE network’s today. This means super fast content streaming, downloads, and web browsing anytime, anywhere.

LTE Advanced Tri-Band Carrier Aggregation is a great advancement not only for Samsung but also for the rest of the mobile industry. This will set a new standard in LTE smartphones although other phone manufacturers might not catch up quickly.

Samsung Electronics’ CEO and President of IT & Mobile Communications Division JK Shin said, “We continue to set new challenges for the industry and push boundaries to take mobile technology to the next level and deliver the best possible customer experience.”

What the Samsung Galaxy Note 4 LTE-A Tri-Band CA model will do is to search for and use the optimally available bandwidth. The phone receives three frequency bandwidths and aggregates them into one connection that can support Category 6 network service. With the 300 Mbps speed, you can download 40MB-worth of songs for a second or a 700MB video within 19 seconds. Later next year, it will be under LTE-A Category 9 service with up to 450 Mbps download speed.

This development from Samsung is not surprising because the South Korean giant has released the Galaxy S5 Broadband LTE-A and Galaxy S5 LTE+ earlier this year–smartphones with the fastest download speeds in the market to date.