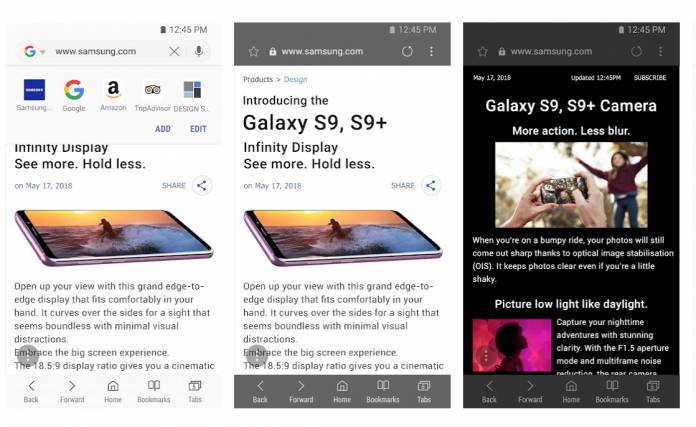 While Google Chrome is still the most popular mobile browser, it seems like there’s a challenger for second place and it’s not Firefox. Samsung Internet has now been installed more than 1 billion times based on the Google Play Store numbers. This means it’s now ahead of Firefox and Opera combined in terms of how many times it has been downloaded on Android devices. It’s not something really surprising given that the app is pre-installed on all Samsung Galaxy devices and they are some of the best-selling devices globally.

So in that sense, Samsung Internet has a distinct advantage over Firefox, Opera, and other mobile browser apps, just like Chrome is pre-installed in all Android devices. What would be interesting to see though is how many people are regular users of Samsung Internet and how many uninstall it eventually, because that’s where the real “battle” is. With Chrome, you can probably assume that people don’t uninstall it given its popularity on both mobile devices and desktops.

But aside from the pre-installation advantage, Samsung Internet is actually a pretty good browser and some would even say it’s better than Chrome (some, not most). It has plugins and support for extensions which may be one of the biggest draws to it. There are also Samsung-exclusive features like the iris authentication on websites, a mighty convenient feature to have if you sign up a lot for things on the Internet.

Performance-wise and features-wise, it also has sometimes fared better than Google Chrome. It also adds a lot of new features and improvements in its mostly consistent update roll-out. So all in all, it’s not really surprising that the Samsung Internet is fast becoming a really popular browser, even for non-Samsung device users. As long as you have an Android phone running on Lollipop and above, then you can install the app.